People from all walks of life take part in Ponggal celebration

The more the merrier: Zarina (in yellow) and Lim (right) and other guests helping cook the sweetened rice during the Ponggal Festival celebrations at Taman Gottlieb, Penang.

GEORGE TOWN: With milk-filled earthen pots placed over a small wooden fire pit, a group of people waited patiently for the milk to boil over during a Ponggal celebration.

Among them was retired assistant pharmacist Lim Chai Ying, 62, who was experiencing the festival for the first time.

“I knew about the celebration before but this is the first time I am at an actual ceremony. I just found out that there were several rituals and they explained to me in detail.

“I believe this is a cultural event whereby we can learn something from the other races,” she said when met at the event yesterday.

Lim was among those who took part in a multi-racial Ponggal celebration organised by the Alumni Kelab Bell Belia Tamil Malaysia Penang branch at Taman Gottlieb here.

“People there celebrate the festival and give thanks to the sun and earth for giving them a good harvest.

“We put rice, sugar, ghee, cashew nuts, raisins and brown sugar into the pot as we wish for more sweetness in our lives.

“This is like a mini gathering for people from different races and religions as we cooked and ate together.

“We also have the traditional ‘break the pot’ game whereby a person who is blindfolded has to hit an earthen pot that is filled with flowers and water.

“Previously, we filled the pots with coins, flowers and sweets. But today, we modified it and poured water and flowers into the pots instead. If a person successfully breaks the pot with a rod, it means good luck,” she said.

Over at the Balathandayuthapani Hilltop Temple in Waterfall Road, a group of temple committee members and devotees gathered at the temple’s main entrance to usher in the celebration.

They placed an earthen pot over several bricks before starting a fire using wood pieces. They also tied together three sugarcane stalks over the pot.

A man then poured milk into the pot. As the milk boiled over, those gathered around shouted, “Ponggalo Ponggal.”

The boiling of milk until it overflows symbolises bountiful harvest and healthy crops besides giving thanks to God for a fruitful year ahead.

A priest then added rice grains, sugar and other condiments into the pot for the cooking of Ponggal soru (sweetened rice).

“The festival began in Tamil Nadu over 5,000 years ago, where most of the people there were farmers.

“They only harvested their crops once a year, usually in the early part of the year. And, their harvest would determine their family’s financial situation for the rest of the year,” he said.

“Ponggal is a significant festival for the Tamils. It is like Thanksgiving Day for those in the United States and Hari Gawai for the Ibans in Sarawak.

“As Ponggal is a cultural festival, we welcome people from different races and religions to celebrate this meaningful festival together,” he said.
Article type: free
User access status: 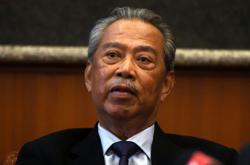