Suspect in killing of M’sian in Taipei found dead

THE main suspect in the murder of a Malaysian woman in Taipei last week was found dead on Sunday in what looked like a suicide, according to reports from Taiwan news agencies.

The body of the suspect, who was only identified as Lin, was discovered in an apartment in Keelung by the owner of the unit.

Police said the 45-year-old had taken his own life by burning charcoal in a room.

According to Sin Chew Daily, the 25-year-old Malaysian woman, who went missing last week, was found to have been dismembered and her corpse disposed at the foot of a mountain.

The deceased, Deng Yong En (phonetically spelled), originally from Kampar, Perak, had been missing since last Monday and her cousin had lodged a police report.

Lin, who had a criminal record for robbery and burglary, was among a few people who shared a flat with the deceased.

According to another report by United Daily News, the deceased was said to have rejected Lin’s advances, which angered him.

The report also cited sources saying that more than T$10,000 (RM1,360) was missing from her account after she died.

> For the first time in his career, Kenneth Ma has bagged the Best Actor award, for his portrayal of Dr Tong Ming in the hit TV series Big White Duel, Sin Chew Daily reported.

The award, which is presented annually during the TVB Anniversary Awards, was nearly in the 45-year-old actor’s grasp several times in his 20-year career, with him having been nominated 12 times.

“I’m lucky this year! This award is only possible with everyone’s help,” he said when the results were announced on Sunday night. 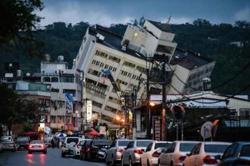