30 chikungunya cases reported in Perak so far this year

In a press statement issued on Sunday (Jan 12), Dr Ding said the cases were from 17 localities that are still active.

Dr Ding said there have been no deaths reported so far.

"In total, there were 634 reported cases in 60 localities last year," she said, adding that there were no cases reported at Kampung Padang Asam, Padang Rengas, Kuala Kangsar as was viralled on social media recently.

She said the main cause for the outbreak was due to the high index rate of Aedes mosquito breeding.

"Among the places found to be breeding the mosquito included illegal dumpsites, empty lots, abandoned houses, drains that were not properly maintained, open containers near houses.

"We have held 'search and destroy' activity at 33,044 open area, and private and commercial premises, whereby 661 premises were found to be breeding mosquitoes," she said. 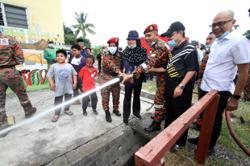 Small-time traders in Perak allowed to operate in front of homes, subject to strict SOP 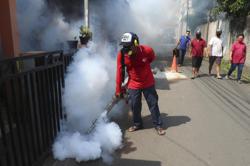 Dengue fever has killed nearly 500 people in Indonesia this year