NILAI: Less than a week after being sworn in as Seremban city councillor, K. Senthivelu found his home in Taman Desa Cempaka near here splashed with red paint, causing damage to his house, Perodua Myvi and motorcycle.

As if that wasn't enough, a dead chicken was also thrown into his compound.

Senthivelu, who has been living in the residential area for the past 15 years, has no idea why anyone would want to commit such mischief.

"I have never taken loans from ah longs and, as far as I am concerned, I do not have enemies," he said.

According to Senthivelu, he was about to go to bed when a neighbour, who had returned home just past midnight, called him. 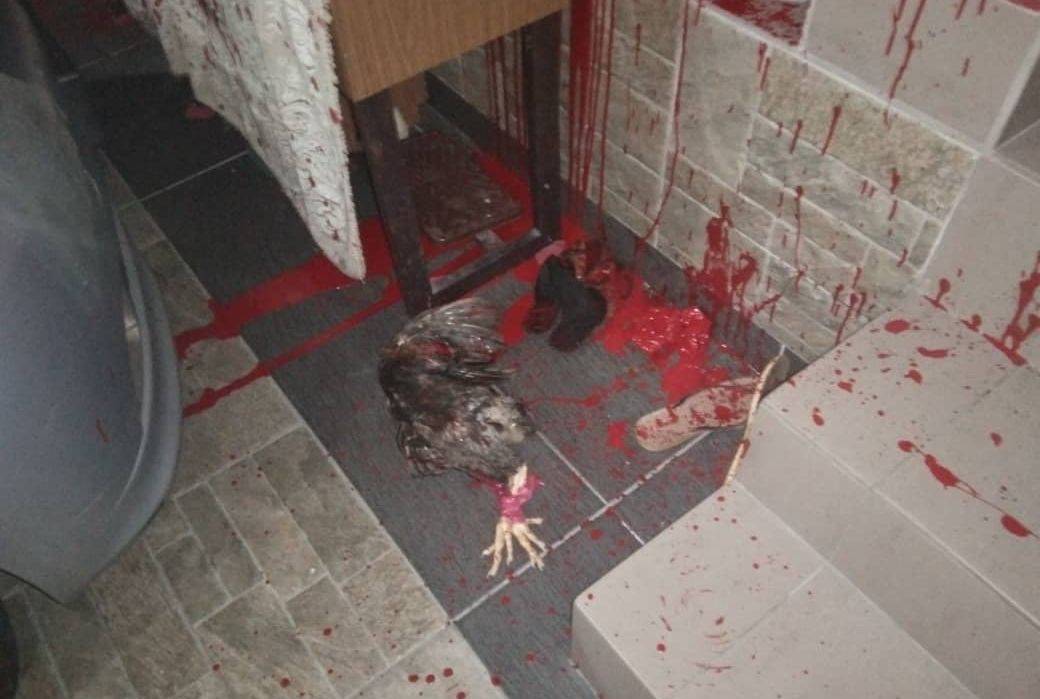 "The neighbour said there was a strong smell of petrol coming from my house and when he took a closer look, he saw my car and porch stained in red.

"He said I should come out and take a look," said Senthivel who lives in the single-storey terrace unit with his wife, three children and father-in-law.

Asked if the incident was linked to him having allegedly uploaded a post deemed offensive to Indian preacher Dr Zakir Naik on social media, Senthivelu said he did not wish to speculate.

"I lodged a report at the Nilai station shortly after the incident and will leave it to the police to probe the matter.

"I have no idea why anyone would do such a thing," he said.

Several police reports were lodged against Senthivelu over the Zakir posting.

On Monday (Jan 6), Seremban OCPD ACP Mohd Said Ibrahim said that Senthivelu would be called in for questioning over the posting which allegedly mocked the fugitive preacher. He apparently did so through his Facebook account on Saturday (Jan 4) but has since removed it.

The case is being investigated under Section 233 of the Multimedia and Communications Commission Act and Section 298 of the Penal Code.