Blow whistle on foreign vehicles filling up with RON95

JOHOR BARU: When you see someone with a foreign-registered car filling up with RON95 petrol, snap a photograph and send it to the complaints hotline of the Domestic Trade and Consumer Affairs Department.

State executive councillor Dr S. Ramakrishnan does not discount the possibility that some drivers of foreign-registered cars swipe credit cards at the pump to purchase RON95 instead of dealing with the cashier.

“Maybe some petrol stations do not have enough workers and are targeted for such activities,” he said.

Under the law, no foreign-registered car, even driven by Malaysians, is allowed to purchase RON95 fuel, which is subsidised.

“They must purchase RON97 fuel and others.

“I urge petrol station owners and even motorists who notice this to immediately alert the department,” said Ramakrishnan, the state Unity, Domestic Trade and Consumer Affairs Committee chairman when asked to comment on a viral video clip of someone with a foreign-registered car pumping RON95 fuel in Johor on Jan 2.

“We have received a complaint about this and we view this seriously. Action may be taken against the petrol station owner for allowing this to happen,” he said, adding that such cases were rare as the department received only one complaint last year.

Ramakrishnan stressed that foreign car owners might have now changed their tactics and would use credit cards at the pump to avoid going to the cashier counter.

“However, this is not an excuse. Last year, a petrol station owner was fined for a similar offence,” he said, adding that he told the department to step up enforcement around the city to check such cases.

As for the latest case, he said the petrol station had been identified and the owner was told to give a statement. 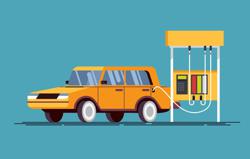