PETALING JAYA: While fewer motorcycles were stolen last year, its theft in the country remains a significant problem and tends to hit the lower income group B40 more.

Based on insurance claims, statistics by the Vehicle Theft Reduction Council of Malaysia Bhd (VTREC) showed that in 2018, more than 7,500 motorbikes were stolen, with the majority of these being the rather popular underbone motorcycles – also called kapchai – with engines below 150cc.

The majority of these thefts, said police, were planned rather than random strikes and were relatively easy job for seasoned thieves.

Motorcycles that are parked at the same place each day appear to be favoured targets, such as those found in Johor Baru.

Thousands of motorcycles are parked there daily by Malaysians who then use public transport to go to work in Singapore. 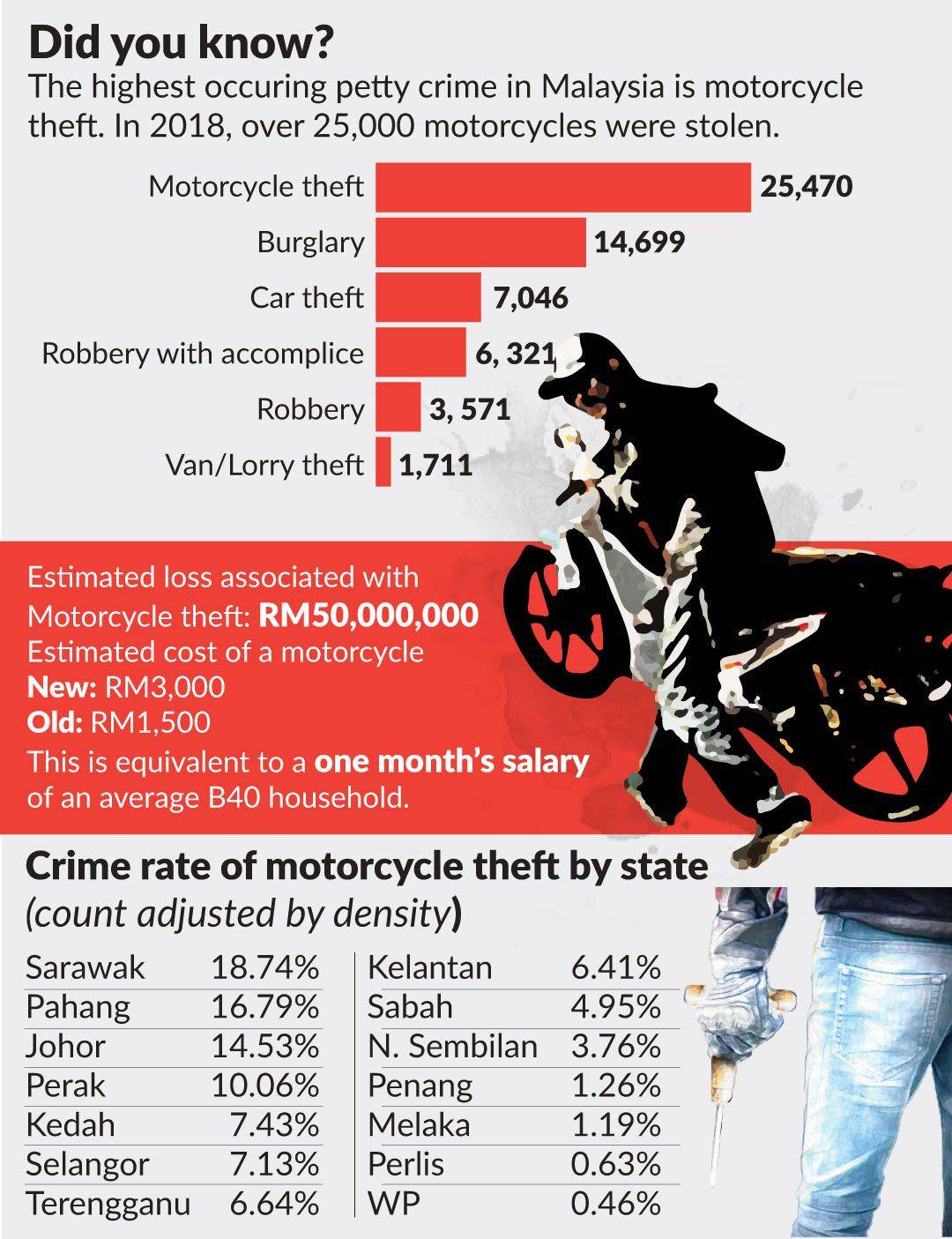 At a press conference in October, Johor police had said that vehicle theft syndicates were eyeing both parked cars and motorcycles, first by monitoring the daily movements of potential victims.

The stolen vehicles are immediately cannibalised for parts.

“Two minutes is all it takes for this gang to break a lock, hot-wire and ride off with a stolen motorcycle, ” he said at a recent press conference on a bust against a motorcycle theft gang.

The typical modus operandi of a motorcycle theft gang goes like this: the group would target a motorcycle and remove it after a few minutes.

“They would then change the engine cover and tamper with the chassis and engine numbers.

“They have the expertise to make these changes and used details of motorcycles involved in accidents and were beyond repair for the chassis and engine number tampering, ” said Comm Mazlan.

Once completed, the machines would be sent to Kelantan where another member would find buyers from across the border, Comm Mazlan said, adding that these would sell for between RM2,000 to RM4,000 depending on the condition.

He said the tools seized by police for the tampering of chassis and engine numbers showed the extent of work put in to give stolen motorcycles a new identity.

Motorcycle theft also covers the theft of specific parts, such as brake calipers and master cylinders, with such crimes not necessarily the work of syndicates.

On Nov 1, thieves made off with several dozen racing motorcycle parts from the Sepang International Circuit during the Malaysia Motorcycle Grand Prix.

KLIA OCPD Asst Comm Zulkifli Adamsah said six men were arrested while 42 motorcycle components and accessories worth more than RM75,000 were recovered during raids between Nov 3 and Dec 12.

Between January and September this year, city police have arrested 80 suspects in connection with motorcycle theft cases.

Kuala Lumpur’s success in checking the bike theft menace mirrors that of the success of the police and authorities nationwide.

Despite the downtrend in motorcycle theft, observers say this category of theft still needs attention as it tends to hit the poorer segment harder.

According to Deloitte Consulting, it is usual for the motorcycle to be the sole means of transportation for the B40 group.

“A stolen bike could cost an entire month of an average B40’s household income, ” said Deloitte in a recent statement on the use of analytics to combat crime.

“Throughout the analysis process, we noticed that motorcycle theft ranks the highest among all petty crimes.

“As we dived further into the analysis, we decided to focus on motorcycle theft as we considered this to have a high impact on the B40 group – a loss of their only means of transport would disrupt their daily activities as they have limited alternatives that are available and affordable.

“We also performed an analysis on the impact on an average B40 household if such thefts were to occur, ” he said.

“This is equivalent to one month’s salary of an average B40 households, ” it said.

Deloitte extracted crime data hosted on iSelamat.my, a community crime watch portal, with date for theft by each state adjusted by population density, and conducted site visits to two B40 communities.

Loud alarms a better deterrent against thieves than just locks 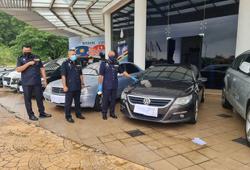 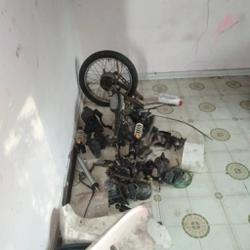