He said renovation and refurbishment works to turn the premises, which was once used for pepper processing, into a durian CPPC were completed at a cost of about RM5.6mil.

Its production is expected to boost Sarawak’s durian products export.

“It is the first such centre under the Agriculture Department in the state, and local fruit exporting firm Top Fruit Sarawak Sdn Bhd will be operating the centre, ” he said in a statement, highlighting his visit to the CPPC.

Uggah, who is also State Agriculture Modernisation, Native Land and Regional Development Minister, said the centre would be used to produce durian pulp and paste which would then be exported directly to China.

He said facilities at the centre met the requirements for the Hazard Analysis and Critical Control Point (HACCP), Good Manufacturing Practices (GMP) and the Health Ministry’s Responsibility of the Industry on Food Safety (MeSTI) certifications.

Farmers in the surrounding areas in Tarat were also welcomed to sell their surplus harvests to the centre, he added.

A similar centre is being developed in Simpang Layar in Betong, he said.

For this year, Sarawak sold about 100 tonnes of durian paste to China and aims to increase this output by another 100 tonnes in the coming fruiting season. — Bernama

Best to use designated centres for quarantine, say experts 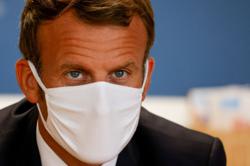