PETALING JAYA: Despite some of them doing well in the Form Three Assessment (PT3), a number of these students are not pleased at all with the new examination format.

Zahra Mohamad Zaki, who scored an A for Geography when the results were released yesterday, felt that the changes in the PT3 format this year was unfair.

“I found it unfair because we had to do projects and within a short time, we had to study for the written test as well, ” she said.

The SMK Sri Permata student said she could not finish her Geography written exam on time.

There were three changes in the PT3 format this year. Written tests were incorporated into History and Geography besides the introduction of multiple choice questions.

Students sat for either one of the two subjects.

Zahra said her school had prepared them by giving exercises and extra classes.

“We were able to get the gist of the new format but it was still really hard, ” said Zahra, who scored 7As for her PT3.

“With the new format and addition of essays, I didn’t know how to answer the questions well.

“The changes affected my results because History and Geography aren’t my worst subjects. I used to get As and Bs. This time, I got a D, ” she said.

However, she credited her teachers for being supportive.

“They revised contents from Forms One and Two with us as there weren’t any past year questions we could refer to, ” she added.

Anna Adriana Azlan, who obtained an E for Design and Technology, said the questions were tough.

“Our teachers gave us plenty of exercises to do but since no one was sure of how the format would be, it was nerve-racking, ” she said.

Anna said she also surfed YouTube a lot to watch tutorial videos for History and Geography.

“Watching these videos and going online to find material were helpful, ” she said.

However, Amanda Lee Wei Xuan was pleased with her PT3 results as it was an improvement from her trial examinations.

Amanda, who obtained 3As, said her friends and teachers motivated her.

“The new format was challenging because the announcement about the changes was only made earlier this year.

“We didn’t have enough time to prepare nor were there past year papers to refer to.”

“We felt lost in the beginning, ” she said. 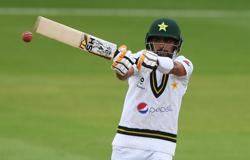