PETALING JAYA: After experiencing the worst flood of the century in Kelantan five years ago, Salihah Harapan Abdullah fears fast-flowing floodwater now, as it would endanger the life of her bed-ridden 12-year-old daughter Natasha Mohd Zailani.

Other children can wade their way to safety by holding on to something. But my daughter is totally reliant on others to carry her because she can hardly move. She is suffering from cerebral palsy.

Salihah, 39, pointed out that there were no drains in her village in Pasir Tumboh, Kelantan.

“When it rains non-stop, my house in Kampung Kubang Keranji in Pasir Tumboh will be flooded immediately.

“In recent years, we have seen massive development in the surrounding area, and we are suffering as a result because there has been no initiative to improve the drainage system. We have to put up with stagnant water every time it rains for hours.

“I really hope the authorities would do something. I hope they do not wait until a major disaster occurs before taking action, ” she said.

The massive 2014 flood in Kelantan was described as “tsunami-like” because it left villages and even townships in ruin, and scores of houses were flattened, especially in Kuala Krai district. 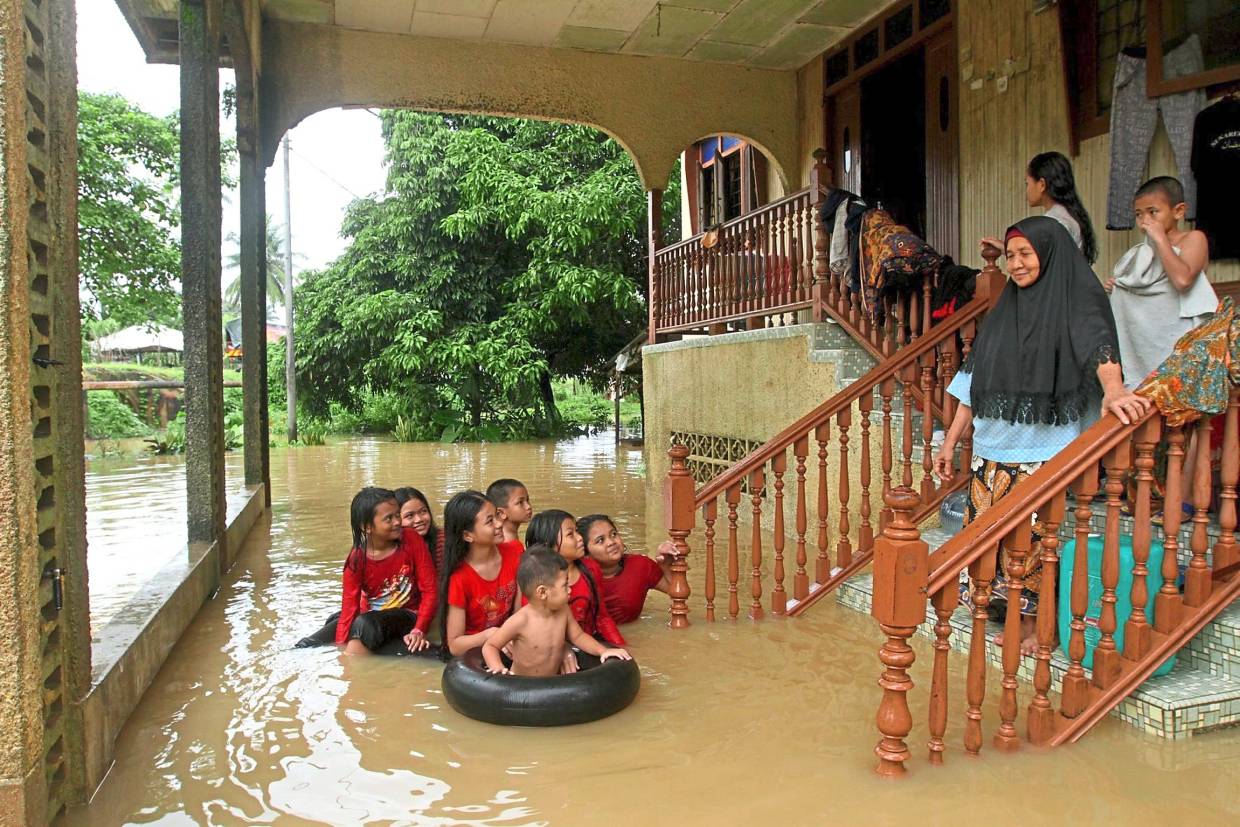 Azizah Said, 76, watching her kids playing in floodwaters outside her home in Kg Keroh, Kuala Krai.

It was also dubbed the yellow flood because of high mud content.

The worst floods in Kelantan that occurred in the last century were recorded in 1926 and 1967.

Salihah, a mother of six children aged between six and 20, fears the worst as the floodwater appeared to be “flowing at a faster pace” lately.

“Water gushed into my house this week. My kitchen is still flooded, but we are staying put.

“In the past, every time floodwater rushed into the house, we would immediately rush to the dikir barat stage because Natasha was then sleeping on the floor.

“But now, we have bought a bed for her so we do not have to rush to the stage.”