‘I’m still not positive I was right’

KUALA LUMPUR: Former US President Barack Obama says running for the presidency was the most difficult decision he had to make.

“I had a young family, and there were other stronger candidates. I wondered ‘why me?’ and how it would affect my family, ” he said.

Obama said he decided to take up the challenge as he felt that his background as an overlooked minority group would send a positive message to future generations.

He said he later came across decisions that were more difficult as president.

“People came to me when no one could decide on something, so I had to rely on good data, a team that challenges all assumptions, and I had to be open to all points of view, ” he recalled.

The 44th US President confessed to being uncertain about his decision to not militarily intervene in the Syrian crisis during his presidency.

“We had been involved in the Middle East for over a decade and I didn’t think that us intervening in Syria again was going lead to a better outcome – and yet you had children that were being slaughtered and (the Syrian) government didn’t care about displacing millions of people.

“Still, to this day I’m not absolutely positive I was right, if the decision I made was the optimum one, ” he said in his address at the Obama Foundation Leaders: Asia Pacific meet here yesterday.

Obama was at the conference with his half-sister Dr Maya Soetoro-Ng, who is also a consultant for the Obama Foundation, as part of a five-day leadership development programme for over 200 young leaders across the Asia-Pacific.

He also shared the challenges he faced when he first started working as a community leader.

“Most of my classmates from college went on to grad school or to work in Wall Street, while I didn’t have an actual bed in my apartment and slept on a futon.

“On the plus side, I didn’t have to make my bed every morning, ” he said with a laugh.

He was elected to the US Senate in 2004, and then overcame a close primary campaign against Hillary Clinton to become the Democratic nominee for the presidential election in 2008.

During the two hour-long plenary session, Obama said it was not too late to make some impact to slow down climate change.

“Climate change issues are something that we all are going to have to deal with, and this region – with its low-lying grounds, displacements, forest fires – will be just as affected.

“Those of you living in countries with a lot of forests, it would be critical to find out how your organisation can help to preserve the forest, ” he said.

The two-term president warned that the values on climate change would contradict each other due to political pressure.

“Political leaders can’t say they are going to leave people poor to save the world.

“There’s going to be some hard questions, and your voice is a moral call to the rest of the world, to figure out how to tell the stories of what you see, ” he added.

The conference, which ends today, is attended by young leaders across 33 nations and territories in Asia Pacific who were selected for a one-year leadership development programme by the Obama Foundation.

Over the past week, participants took part in plenary sessions, skill-building workshops, leadership development training and were exposed to networking opportunities. 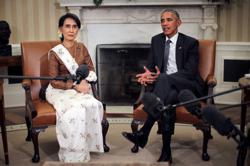 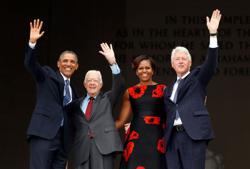