MIRI: Floodwaters have breached the five-foot mark (about 1.7m) in the interior Baram district in northern Sarawak – and water levels are still rising.

The Rumah Beruang longhouse in Long Beruang is under about 1.7m of water now. 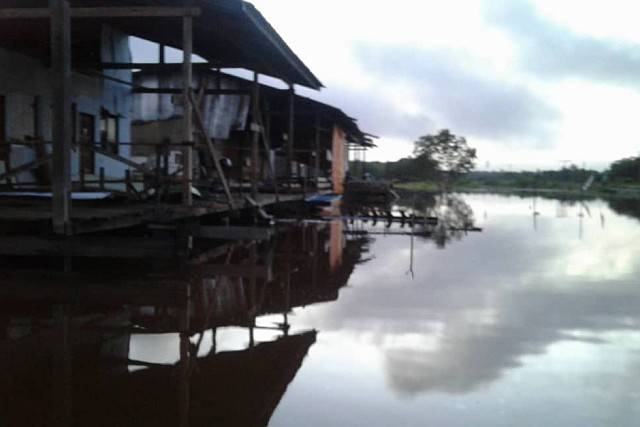 The Miri Fire and Rescue Department on Thursday (Dec 12) listed the area as among the worst hit by floods in the state.

Pictures supplied by Bomba teams show that water has entered shophouses, and residents have to shelter on the upper floors of buildings.

Other badly hit places are Long Sipiling, riverine settlements in the Tutoh Apoh river basin and the Marudi district. 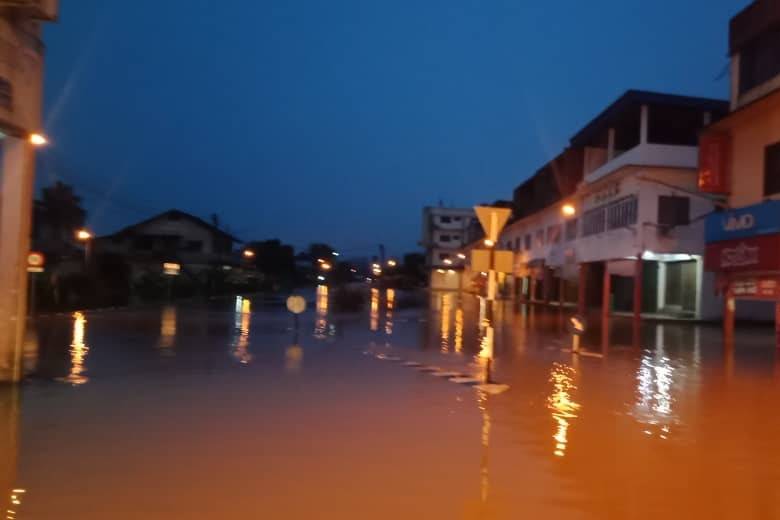 The flooded streets of Marudi on Dec 12, 2019. – picture courtesy of Sarawak Bomba

Marudi is under up to one metre of water.

This is the fourth day the town has been flooded, and social and economic activities have been brought to a standstill.

Sarawak is facing the full onslaught of the monsoon season now, known locally as "landas".