PUTRAJAYA: Tan Sri Muhyiddin Yassin has told Pakatan Harapan leaders that the people voted them into power to resolve economic issues.The Pakatan deputy president said the rakyat wanted to see what they had done as a government.

“They are not interested in seeing us feud with each other.

“Issues such as the economy, the rising cost of living and the lack of job opportunities are what the people are more concerned about, ” he said yesterday.

Muyhiddin, who is also Parti Pribumi Bersatu Malaysia president, said he was not in a position to meddle in the affairs of PKR but felt that for the sake of the people’s interest, PKR’s internal feud should be resolved quickly.

“As a leader of Pakatan, I think it is in everyone’s best interest that this matter is resolved.

“The sooner, the better because the people have their eyes on all of us as component parties of the ruling coalition, ” he said when asked on the feud between PKR president Datuk Seri Anwar Ibrahim and his deputy Datuk Seri Azmin Ali.

“The best thing here is for them to find a way to resolve their own disputes and then reconcile, ” he said after seeing off a convoy of relief workers to flood-hit areas in the east coast.

On another matter, Muhyiddin, who is Home Minister, said he had not received the special task force report on the enforced disappearances of Pastor Raymond Koh and activist Amri Che Mat.

“I do not know when exactly the report should be ready, but the task force was given six months to investigate the case.

“I will meet them and discuss it, ” he said.

After the Human Rights Commission of Malaysia (Suhakam) ruled in April that the Federal Police’s Special Branch was likely behind the disappearances, the Cabinet in June formed a special task force headed by former High Court judge Datuk Abd Rahim Uda to look into the case.

On the postponement of the Independent Police Complaints and Misconduct Commission Bill, Muhyiddin said it was not rejected, but rather needed to be fine-tuned.

“There are still areas that need fine-tuning and it will be improved to a point where it is considered the fairest and just.

“We have plenty of feedback from various stakeholders. As there is still a window until the next session, we can use this period to resolve this, ” he added. 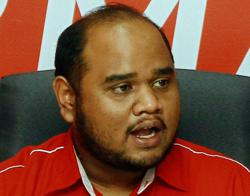 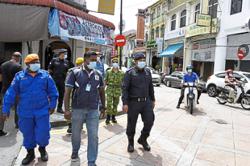