Leong was reported to have said that they divorced in September and would be sharing custody of their only son.

However, Taiwanese magazine Mirror Media revealed that the divorce was only finalised on Dec 2 when Chau finally agreed to sign the papers.

According to reliable sources, Leong had asked Chau to sign the papers on two occasions, once in September and another time in October.

During that time, Chau was photographed going out with two women, single mother Lin Yijie and artist Demi Lin.

The three – Chau, Yijie and Demi – were spotted holidaying in Singapore recently and were photographed wearing matching tops.

> Just two days before collapsing from a heart attack while filming for a reality show, model-actor Godfrey Gao expressed worries that the series could be too physically demanding for him, the same daily reported.

Gao’s hairstylist Huang Yixuan said the 35-year-old actor confided in him his doubts about filming for the Chinese reality series Chase Me.

Huang claimed Gao said he was worried that he was not fit enough to take on the role.

“I said goodbye and that we will meet on Thursday for another appointment. Little did I know that would be our last conversation, ” Huang said.

Gao, a Taiwan-born Canadian, had to endure a 17-hour day on the set before collapsing from a heart attack on Nov 27. He died two hours later in hospital.

His remains have been brought back to Taiwan. 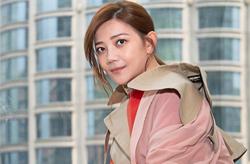