A long journey with many steps ahead

IT’S been almost three weeks since Barisan Nasional captured Tanjung Piai, but the dust has not settled completely.

MCA, for one, has cautioned that a victory requires more than just presenting a good candidate. And there were indeed lessons learned from last month’s by-election.

Party president Datuk Seri Dr Wee Ka Siong had outlined three criteria for any of his party comrades who are keen to contest in the next general election (GE15).

Addressing delegates at the party’s annual general meeting (AGM) on Sunday, he said a candidate must know Bahasa Malaysia, Chinese and English and be able to articulate his views in Parliament, on the street and on air.

The candidate, he said, must be service-oriented and approachable.

With the majority of GE15 voters expected to be fence-sitters, he said a good candidate must be able to find solutions to people’s grievances.

“While we know that the people are angry with Pakatan Harapan for their inability to deliver, we cannot just ride on their emotions, ” he said.

He acknowledged that a “winnable candidate is very important, but it takes more to win, and this was evident in Tanjung Piai”.

“From the announcement of the candidate to using different strategies to fight this battle to achieving a landslide victory, we have shown that the most important value and principle in the Tanjung Piai election is the spirit of Barisan Nasional, ” he said.

A photograph of a Malay woman wearing a tudung in the blue Barisan attire holding a placard with the Number 2, oblivious to the heavy rain on polling day, was a moving image of the Barisan spirit.

(The Barisan candidate, Datuk Seri Dr Wee Jeck Seng of MCA, was slotted as No. 2 on the ballot paper.)

Candidates in the Tanjung Piai by-election had shown their creativity in canvassing votes throughout the election campaign.

He saw a woman across a street in the Pekan Nanas town area who had just parked her car. 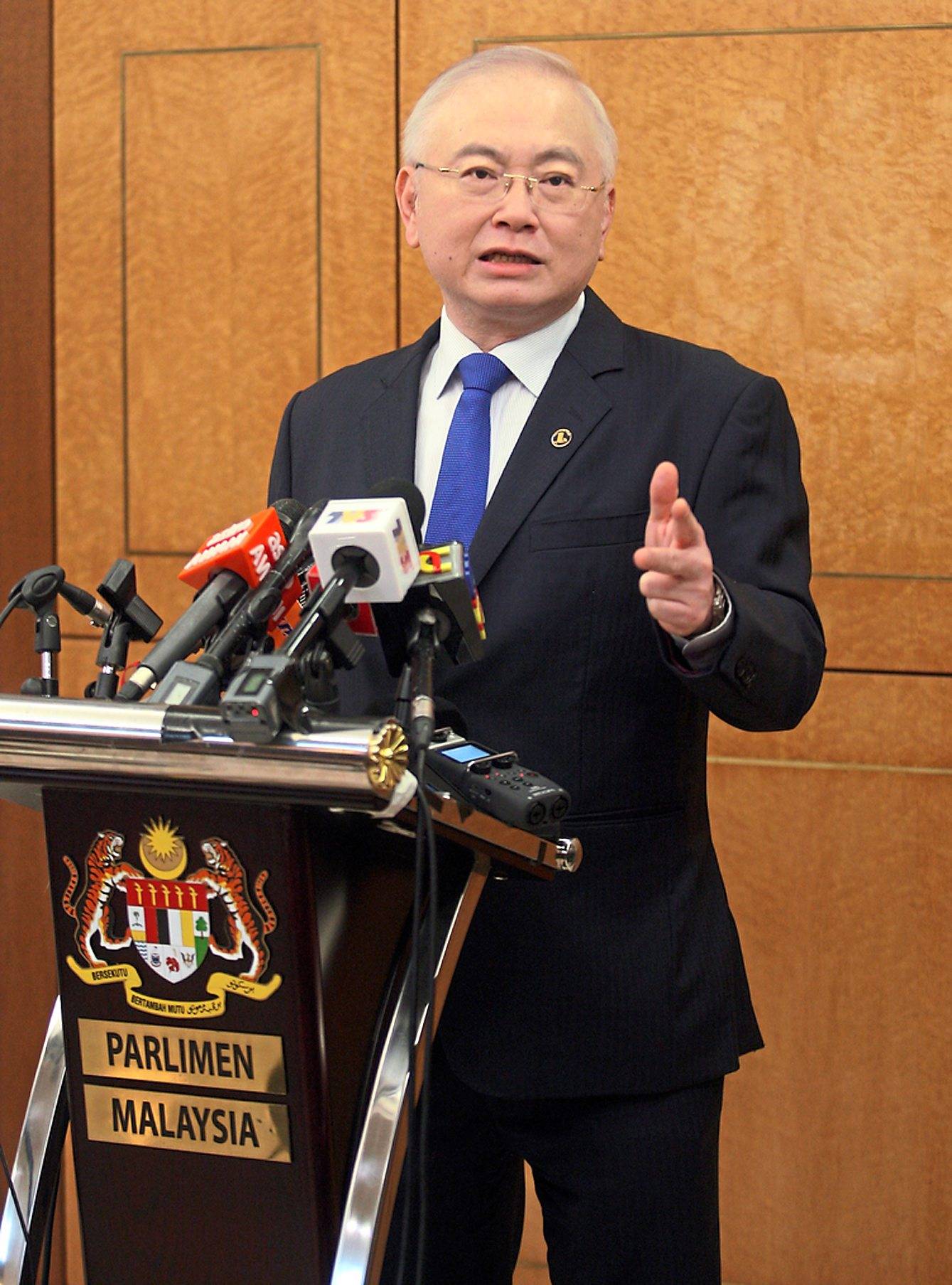 Find solutions: We cannot just ride on their emotions, said Dr Wee of the people who are angry with Pakatan Harapan’s inability to deliver.

He kept waving at her, using his palm with five fingers stretched out, indicating Number 5.

“That is how I got to know his number, ” said the female voter, referring to Dr Badrulhisham’s number on the ballot paper.

In Chinese areas like Pekan Nanas and certain parts of Pontian, the locals there were greeted by a recording in Mandarin saying “Fed up with Pakatan Harapan. Don’t like Barisan Nasional”.

This came from Gerakan which promoted itself as the third force in the race which was essentially between Barisan and Pakatan.

Gerakan’s candidate was Wendy Subramaniam, a 38-year-old lawyer and mother of two.

Wendy speaks fluent Mandarin (her father is Indian and mother Chinese). Her life-size election posters featured her wearing different outfits – Gerakan uniform, a suit and baju kurung – were planted all over the constituency.

It was only 18 months ago that Jeck Seng lost the seat he had held for two terms to Pakatan’s Datuk Dr Md Farid Md Rafik (who died on Sept 21, triggering the by-election).

“This goes to show voters are bold to switch sides, ” Dr Wee said, adding that he believed this would a norm among voters in this era.

The fourth-term Ayer Hitam MP, who is in the Opposition after GE14, knows it is tough but not impossible to win the people over if there is sincerity in doing good for them.

Describing GE15 as one that is expected to be extremely hard-fought against the backdrop of changing times, Dr Wee reminded party members the importance of always giving the people top priority.

The 70-year-old MCA has certainly learned this the hard way.

Dr Wee is the only MCA parliamentarian from GE14.

During MCA’s AGM, Dr Wee also spoke on the Barisan collaboration, which showcased the values of moderation, pluralism and inclusiveness of the coalition that had won the support of all ethnic groups.

“The winning formula is Barisan must be at all times be the champion to the people from all ethnic groups, ” he said, adding that the coalition had to make sure it stays this way.

On Umno and PAS announcing their cooperation and being signatories to that National Consensus Charter (Muafakat Nasional), Dr Wee said MCA was consistent with its stand.

“In cooperating with other parties, the consensus decision-making process of Barisan and pluralistic values must be upheld; and the spirit of our Federal Constitution must be respected, ” he said.

He cited the Negri Sembilan PAS which took the initiative to raise funds for Tunku Abdul Rahman University College during the Tanjung Piai by election.

Education is a universal value and it transcends all races in the country, he said.

As one of the three Barisan component parties, he said MCA is duty-bound to hold the moderate and pluralism of the coalition together, and to ensure the country’s existing constitutional governance system is not threatened.

The road ahead is definitely tough.

Being in the Opposition is not easy and having to face the ruling coalition which has the machinery and resources is an uphill task, he said.

“No matter how spectacular the Tanjung Piai victory was, MCA has just two seats in the Dewan Rakyat for now.

“The road leading back to mainstream politics, back to being in office, remains a long journey with many steps ahead, ” he said.

But as a Chinese saying put it: “A journey of a thousand miles begin with a single step.”