Feline lover: Sharol Azmi playing with a cat at his house in Puchong, Selangor. Sharol has a passion for adopting stray cats. — AZHAR MAHFOF/The Star

THEY are cute companions that need our love and care.
Pets, in return, do so much more for their owners, becoming as dear to our hearts as family members.

However, it appears that most or 60% of animal welfare complaints are against pet owners, mainly those who own dogs or cats.

The number of such complaints are more than cases involving animals without owners or strays.

This is based on the number of cases received by the Veterinary Services Department (DVS) between 2017 and October this year, made available to Sunday Star.

While there are some who commit cruelty, many other pet owners actually do not have any intention to harm their four-legged friends, says the DVS.

It’s due to a lack of awareness that they end up neglecting their pet’s needs, resulting in poor animal welfare.

Among common examples of neglect by Malaysian pet owners are failure to provide sufficient food, keeping their pets on a short leash and tying them outside where the animals are exposed to the weather.

“More needs to be done to educate pet and animal owners on animal welfare.

“Reports from investigations on the complaints showed that many pet owners think that they have done enough for their pets’ welfare, but in truth, they are still non-compliant. The onus is on owners

Of the total 662 animal welfare complaints received by the DVS last year, nearly 60% or 397 were involving pet owners.

The remainder cases were concerning animals without owners.

As of October this year, 265 reports on animal cruelty were received, with 60% or 159 involving animal owners.

More needs to be done to protect our companion animals, especially since their numbers have been constantly increasing in Malaysia, based on available data.
The dog and cat population in Malaysia, including strays and pets, have been rising over the past five years.

For dogs, the canine population also jumped from 361,500 in 2014 to 402,500 last year.
However, not all pet owners are fully aware of the responsibilities they have.

Dr Quaza Nizamuddin points out that pet owners sometimes neglected the five freedoms of animal welfare they should provide for their pets.

The five aspects are

> freedom from hunger and thirst

> freedom from fear and distress (showing pets love and care)

He notes that high profile animal cruelty cases are usually involving strays, like the men who killed a pregnant stray cat at a launderette and a recent case of a man who was jailed for a year for beating a stray dog.

Cases that tend to go under the radar are incidents of negligence by pet owners.

“They may not mean it, but their negligence can result in cruelty to the animals.

“Many pet owners still do not understand the basic requirements of animal welfare in the Animal Welfare Act,” Dr Quaza Nizamuddin adds. In line with the law

Under the Animal Welfare Act, owners have to ensure that animals under their care are provided with the right environment and diet, allowed to exhibit their normal behaviour, housed according to their needs, and protected from suffering.

The Act also makes it an offence for pet owners to abandon their pets, in circumstances where the animal is likely to go through trauma, pain and suffering.

But so far, there has yet to be reports to the DVS on pet abandonment.

“Most of the stray dogs caught by local authorities have no animal identification.

“Therefore, it is difficult for the DVS to identify or trace the owner for prosecution purposes,” Dr Quaza Nizamuddin says.

But since the enforcement of the Act, he finds that the people’s awareness towards animal welfare has increased.

“This can be seen from the numerous invitations to us from the public, NGOs, schools, and universities to conduct animal welfare awareness programmes.

“However, more needs to be done to educate pet and animal owners on animal welfare,” he says.

To further strengthen the protection of animals here, the DVS is currently drafting a number of regulations under the Act.

“This includes licensing regulations of animal activities listed under this Act.

“Examples of such activities are animal boarding, animal riding, breeding of animals, animal training, quarantine of animals and slaughtering of animals,” he explains.

He adds that the code of practices is expected to be ready for use next year.

“Loving and owning your pets are two different things” 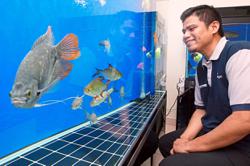 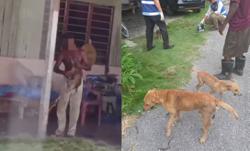