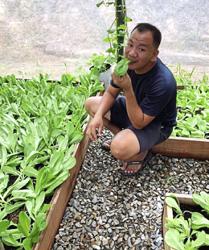 A graduate who did a Nazi salute at the UMS convocation ceremony and posted the photo on social media has drawn intense criticism from Malaysians.

KOTA KINABALU: Social media is abuzz with a picture of a graduate who did a Nazi-style salute at his convocation ceremony at Universiti Malaysia Sabah (UMS) here recently.

Malaysians have since condemned the graduate's actions and shared screengrabs of his twitter and Facebook posts, both of which have since been deleted from his account feeds.

The graduate said the salute was in protest of what he believed was Jewish dominance over the world.

He also expressed his support for the Palestinians in Gaza as well as his resentment for Jews and went as far as to support the cruel actions of the Nazi regime and the holocaust, which claimed the lives of millions.

He ended his post with the hashtags #SaveGaza and #Pray4Palestine.

Many people online highlighted the graduate's lack of maturity.

Facebook user Jefry Musa said that sympathising with the Palestinian cause was not an excuse to become anti-Semitic, racist or to idolise the infamous Nazi regime dictator Adolf Hitler or fascism.

"Does this graduate know how many Jews are against the Israel nation and condemn how Palestinians are treated? Have you seen any of them make a mockery of themselves with a Nazi salute?" he asked.

Another Facebook user, Amzarul Dzemaludin Al-Khuderi, said the graduate should be taken to the Holocaust memorial in Berlin and the Auschwitz museum in Poland.

"Let him see pictures in Topography of Terror in Berlin, so he knows how cruel the era was in the eyes of Germans themselves," he said.

A Twitter account holder, Mikhail Hafiz, said there are many ways to show solidarity with Palestinians than reviving a Nazi salute.

"This person clearly knows nothing about the Holocaust and its repercussions across the world. Shame on him," he posted. 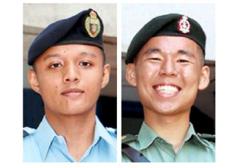