Some states yet to decide on minimum marriage age BUTTERWORTH: There are some states which have yet to make amendments to their enactments on the minimum marriage age because they are not ready to do so, says Minister in the Prime Minister’s Department Datuk Seri Dr Mujahid Yusof.

He said he had held meetings with all state Islamic religious councils to convince them on the need to set a limit on underage marriages, but some states were still reluctant to implement it.

“We will still provide explanations to these states, including holding discussions at the National Islamic Affairs Council next year.

“The council headed by the Prime Minister convenes thrice a year.

“It can convince the respective state leaders, Islamic affairs exco members and religious affairs council chiefs on why we need to set the minimum marriage age, ” he said after launching a 10-series book on “Malaysia, a Compassionate Country” in Seberang Prai yesterday.

She said only Selangor had amended its laws on child marriage, while five others – Penang, Sabah, Johor, Melaka and Perak – were expected to follow suit.

Sarawak, Pahang, Terengganu, Perlis, Negri Sembilan, Kedah and Kelantan have not agreed to raise the marital age, she added.

On another matter, Mujahid said efforts will be carried out by the government to rehabilitate lesbians, gays, bisexuals and transgenders (LGBT) instead of punishing them.

He added that by next year, the government plans to shift from punitive LGBT laws towards laws that seek to rehabilitate and reform.

As of now, there are no provisions to rehabilitate LGBT groups, but he said he wanted to move towards introducing compassionate Islamic regulations. 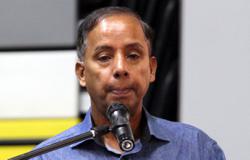