KUCHING: Sarawak's indigenous communities should keep their land for agriculture and other uses instead of selling it once titles have been issued to them, says Datuk Patinggi Abang Johari Tun Openg

The Chief Minister said land was a valuable resource that could be used to generate income for landowners.

"This is my advice to you. Once you have titles to your land, don't sell it. If you sell the land, you will have no land left.

"So when you have the title, look after your land well. You can develop it, for example by doing smart farming with new technology to earn a higher income," he said when closing a forum on amendments to the state Land Code here on Thursday (Nov 21).

Abang Johari noted that while the indigenous communities were rich in terms of owning land, they were poor in terms of their income level.

“This is our dilemma. Why is it that we have land but we are poor? It's because the land is not developed.

"So we should develop our land and use it to meet the demands of the market, especially in food production," he said.

This came after the Federal Court ruled in December 2016 that "pemakai menoa" and "pulau galau" had no force of law in Sarawak.

"If we had not amended the Land Code, our people would have lost their rights to native territorial domain based on the court's decision," he said. 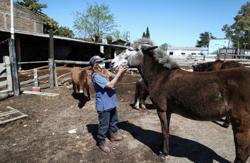 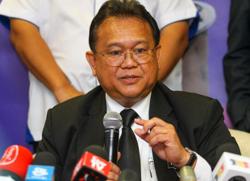 GPS firm in its support of Muhyiddin, Perikatan, says sec-gen