PETALING JAYA: Selangor, the state with the biggest number of PKR members, decided not to hold the party’s state convention as scheduled and has postponed it indefinitely.

“We informed PKR convention director Nik Nazmi Nik Ahmad that we will be postponing the Selangor state PKR convention as the PKR state chairman and Selangor Mentri Besar Amirudin Shari is still overseas.

He added that the convention was supposed to have been held on Sunday (Nov 17) but as the Mentri Besar was away, the state PKR leadership decided to discuss the matter on his return.

“We are not cancelling, we are merely postponing indefinitely, ” said Radzlan.

Another Selangor PKR state leader, vice-president I Borhan Aman Shah, said that as no instructions were received from the state party leaders, the event was put on hold.

“As of now, Amirudin and other state leaders have not given any directives to hold the state convention, ” said Borhan, who is Tanjung Sepat assemblyman.

Amirudin is currently attending the Smart City Expo World Congress in Barcelona, Spain. He is expected to return this Sunday.

This is the first time where all states were asked to hold their PKR conventions prior to the party’s national congress, which will be held in Melaka from Dec 6 to 8.

The opening ceremony of the PKR Youth national convention, scheduled on Dec 6, has been tinged with controversy after the invite to PKR deputy president Datuk Seri Azmin Ali was rescinded on Nov 12.

It has been a tradition for years that the deputy president opens the national youth convention.

Azmin, who was the former Selangor Mentri Besar, claimed that there were “hidden hands” trying to silence him.

He hit out at PKR Youth chief Akmal Nasrullah Ahmad Nasir, who said that it was a decision reached by consensus.

The national party leaders denied the allegation and said that the decision to rescind the invite was made after a delay from Azmin to reply.

Sarawak PKR leaders, in response to Azmin’s rescinded invitation, announced on Nov 8 that it would cancel its state convention “until the central PKR leadership puts its house in order”.

Nik Nazmi, however, said that the Sarawak convention will proceed as planned this Saturday.

According to a PKR leader, the state conventions are fully sponsored by the party headquarters and the state leadership were asked to coordinate.

“We were told that the state conventions were to gauge and drum up support for the top national leadership as well as to iron out problems at the state level before all of us gather on Dec 6.

“However, judging from the state conventions of Terengganu, Perlis and Kedah which have already been held, none of this was done.

“Top national party leaders came but did not reach out to the members at these conventions.

“It was merely a show of face by the leaders. We felt that it was a waste of time, ” said a PKR leader, who refused to be named.

On Friday, it was reported that Terengganu PKR state women wing’s leader Sharifah Norhayati Syed Omar made a police report claiming that she was roughed up by a group of men for sitting next to the party president.

She said although she was not invited, she felt that as the elected state women’s wing leader, she had a right to attend.

Nik Nazmi did not reply to multiple attempts by The Star to get his comments over the postponement of the Selangor PKR state convention. 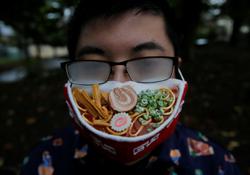