A Perak Fire and Rescue Department spokesman said they received a call about the incident at 11.16am Wednesday before dispatching machinery and firemen from the Meru Raya fire station to the scene.

He said on arrival, they found that the tanker was 60% burnt.

"Other than the Meru Raya fire station, the fire-extinguishing operation was assisted by personnel and machinery from the Kuala Kangsar and Ipoh fire stations, ” he said in a statement.

Meanwhile, a Plus spokesman advised those heading to the north to use alternative routes by exiting at the Ipoh Selatan toll plaza as the traffic is currently congested quite heavily.

"For those heading northbound, Plus has closed part of the road near the scene of the fire, while for southbound users, the right lane was closed to facilitate the fire-extinguishing operation, ” she told Bernama. - Bernama 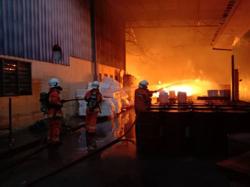 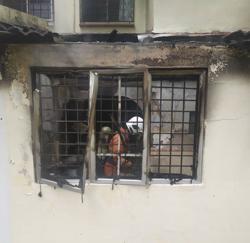