The corporation, she said, would be strict in enforcing the law.

“Next year, we will make funding easy and straightforward so that there is no reason for centres to recruit students before receiving their allocation.

“Our funds are for the B40 (low income) group who can’t afford to undertake skills training on their own. They come in with a lot of hope but end up not receiving loans, dropping out halfway and looking for jobs. It’s heart wrenching. We are sure that there are more complaints but they are not coming forward, ” she said.

Sunday Star, in an exclusive report yesterday, highlighted cases of students being misled by private skills training institutions with promises of government study loans being given to them.

Most of these students, who are in their early 20s, are from B40 families. They waited for at least eight months until they ealised that the loans were not forthcoming.

Human Resources Minister M. Kulasegaran acknowledged that the ministry knew about such cases.

Saraswathy said previously, this issue was not looked into seriously but this year, PTPK had been advising centres, via their website, not to enrol students prior to their approval of quota from PTPK.

“Since then, the cases have drastically dropped. The cases coming in now for us to address are those from 2017 and 2018, “ she said.

Although cases of students being misled were one of the widely complained matters within the industry, PTPK has officially only received two complaints.

One complaint was brought by a Member of Parliament involving more than 30 students from a training centre in Perak, Saraswathy said.

“Actions will be taken against private training centres that give false advertising on TVET courses offered, ” she said. 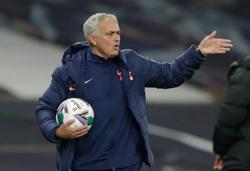