Ahead of the International Conference on Population and Development on Tuesday in Nairobi, we look back at the landmark first meeting that took place 25 years ago.

AT the International Conference on Population and Development that was held from Sept 5 to 13,1994, in Cairo, discussions were highly contentious – and the focus of contention was the recognition of women’s reproductive and sexual rights.

At this conference and during its preparation, the Holy See (the Catholic Church in Rome) and its allies, mostly South American countries, played a strong role in fuelling dissent and preventing consensus.

While many issues were resolved in the series of preparatory meetings held from 1991 to 1994 before the conference, the Vatican’s position remained unbending towards family planning and access to abortion under any circumstance. There was concern that negotiations at the conference itself would sacrifice time on these issues that could be spent on the overall Programme of Action.

Women’s groups rallied to face this opposition. In April 1994, the Third World Network reported that that a group of more than 130 women’s groups challenged the Vatican’s right to impose on the secular world its dogma on contraception and family planning. They wrote to government delegates attending the preparatory meetings, urging them to defend the health and reproductive rights of women.

During this preparatory phase, in January 1993, several women’s health advocates representing the women of Africa, Asia, Latin America and the Caribbean, the United States and Western Europe initiated the “Women’s Declaration on Population Policies” that called for an enlightened Programme of Action “which reflects the deep understanding that population change, poverty, gender inequality, patterns of consumption, and threats to the environment are so interconnected they cannot and should not be separated”.

From the time the Women’s Declaration was launched up to the Conference itself in September 1994, over 2,288 individuals and organisations from more than 105 countries signed and endorsed the Women’s Declaration – women and men from many walks of life, unions and village associations, major family planning agencies, feminist networks, and human rights groups.

What was central to women’s stand at the ICPD was the principle that there is a link between the positive outcomes of women’s reproductive function and the status of women. And that this status should give them the right to control their fertility.

In taking this stand for the centrality of women’s human rights to the population agenda, the adversaries that women had to deal with were the Holy See and its government allies, both Christian and Muslim, and demographers.

These battle lines for women activists did not preclude other adversarial stands between governments with their own internal political and economic agendas – what the women’s organisations had to do was to ensure that women were at the centre of the population discourse as subjects.

The highly contested section 8.25 on abortion remained unresolved until the actual conference in September 1994. It was finally resolved without the whole conference being stalled with the Holy See entering its reservations on the issue. Section 8.25 reads: “All government and related intergovernmental and nongovernmental oganisations are urged to strengthen their commitment to women’s health to deal with the impact of unsafe abortion as a major public health concern.”

Agreements were reached by 180 countries and a Programme of Action was adopted. And this happened in spite of the haggling over semantics and serious threats of the whole process being derailed because of the internal politics of governments and the ideological and dogmatic conflicts generated by the Holy See and its allies.

In fact, the conference turned out to be one of the worst examples of countries reaching stalemates over definitions of terms such as “condoms”, the “individual”, “family planning” and “fertility regulation” instead of making progress on concepts such as a reproductive and sexual health approach to fertility regulation.

In the end, a new paradigm of population policy emerged; one through which the development of poor countries and poverty alleviation were acknowledged to be the means of reducing population.

Moreover, the equality of women and the improved status of women were acknowledged as central to fertility control and development.

The impact of the involvement of women was felt not only in the content of the final product, the ICPD Programme of Action, but also in the significant gains for movement building that took place nationally and internationally throughout the preparatory phases in 1992-1994. This lesson from the ICPD also pointed the way to the productive and strategic involvement of women in the Fourth World Conference on Women in 1995 in Beijing.

There is one more critical gain that needs mention. The Holy See and its Latin American and Muslim allies had consistently tried to remove reference to “the right of individuals to decide freely and responsibly the number, spacing and timing of their children and the right of individuals to make decisions concerning reproduction free of discrimination, coercion and violence”. The argument seemed to be that the individual had to be in a legitimate (heterosexual, presumably?) relationship to make reproductive or sexual choices.

As an NGO observer, I watched this debate on the floor in Cairo going back and forth wondering how it would end. Suddenly, the booming voice of a woman delegate from Zimbabwe burst forth as she addressed the representative of the Holy See. She challenged him: “Monseigneur, why do you object so much to the use of the term ‘individual’? Surely you want your individual right to celibacy protected.”

Laughter rippled across the floor. And a lightbulb went off in my head. The delegate had clarified so simply that the rights of the individual can never be negated even in the context of group rights. Because even where a group or collective right is recognised, this right has to be enjoyed or exercised by members of the group as individuals.

Finally, the term “individual” got into the text and the relevant sentence in chapter 7.3 of the ICPD Programme of Action reads as follows: “- the basic right of all couples and individuals to decide freely and responsibly the number, spacing and timing of their children and the right to attain the highest standard of sexual and reproductive health.”

The recognition of the well-being of individual women and their participation as equal agents and beneficiaries of all development efforts, free from all forms of discrimination in the private and public spheres, and the elimination of stereotyping has to be consciously planned for. This will result in giving women control over their own fertility. Population control efforts then need not be coercive.

There is, indeed, a link between health and the status of women. It is my fervent hope that this link will be preserved during this year’s 25th anniversary of the ICPD.

Mary Shanthi Dairiam is a Malaysian human and women’s rights advocate and United Nations official. She attended the ICPD in Cairo in 1994 as an NGO delegate. 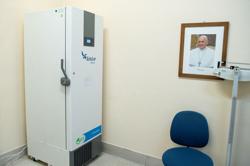 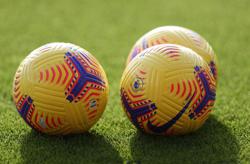 Record number of women in Congress, but still much work to be done
Comment: To begin de-Trumpification, start with elite institutions
Martin Luther King's struggle, a Capitol riot, and America's immoral arc of white supremacy that bends back
Pompeo’s desperate Iran claims
Study to boost the value of future rail network
Women to the fore, please
Aim for greater gender parity in corporations
We need more female representation in politics
‘That page doesn’t exist’ – welcome to life without Trump’s tweets
Championing walks in Malaysian cities