KUALA LUMPUR: As the tunnel-boring machine (TBM) made a “breakthrough” at the future Ampang Park MRT station, hundreds of staff cheered as if a football goal had been scored.

They also grabbed the chance to take pictures in front of the completed tunnel.

The breakthrough took exactly nine months to complete, spanning a distance of 1.8km from the crossover box at Hospital Kuala Lumpur.

The TBM tunnelled an average of 7m a day through different geological formations.

A breakthrough is when the TBM completes the tunnelling of a certain portion of the whole underground alignment.

This breakthrough was the ninth and final one of the year.

“It is an important milestone to the project. Every time there is a breakthrough, we know a certain percentage of the project is completed. It is important to follow the schedule, ” said MRT Corp Sdn Bhd strategic communications and stakeholder relations director Datuk Najmuddin Abdullah.

The Ampang Park station is part of the MRT Sungai Buloh- Serdang-Putrajaya (SSP) Line, which is expected to serve a two-million catchment population. 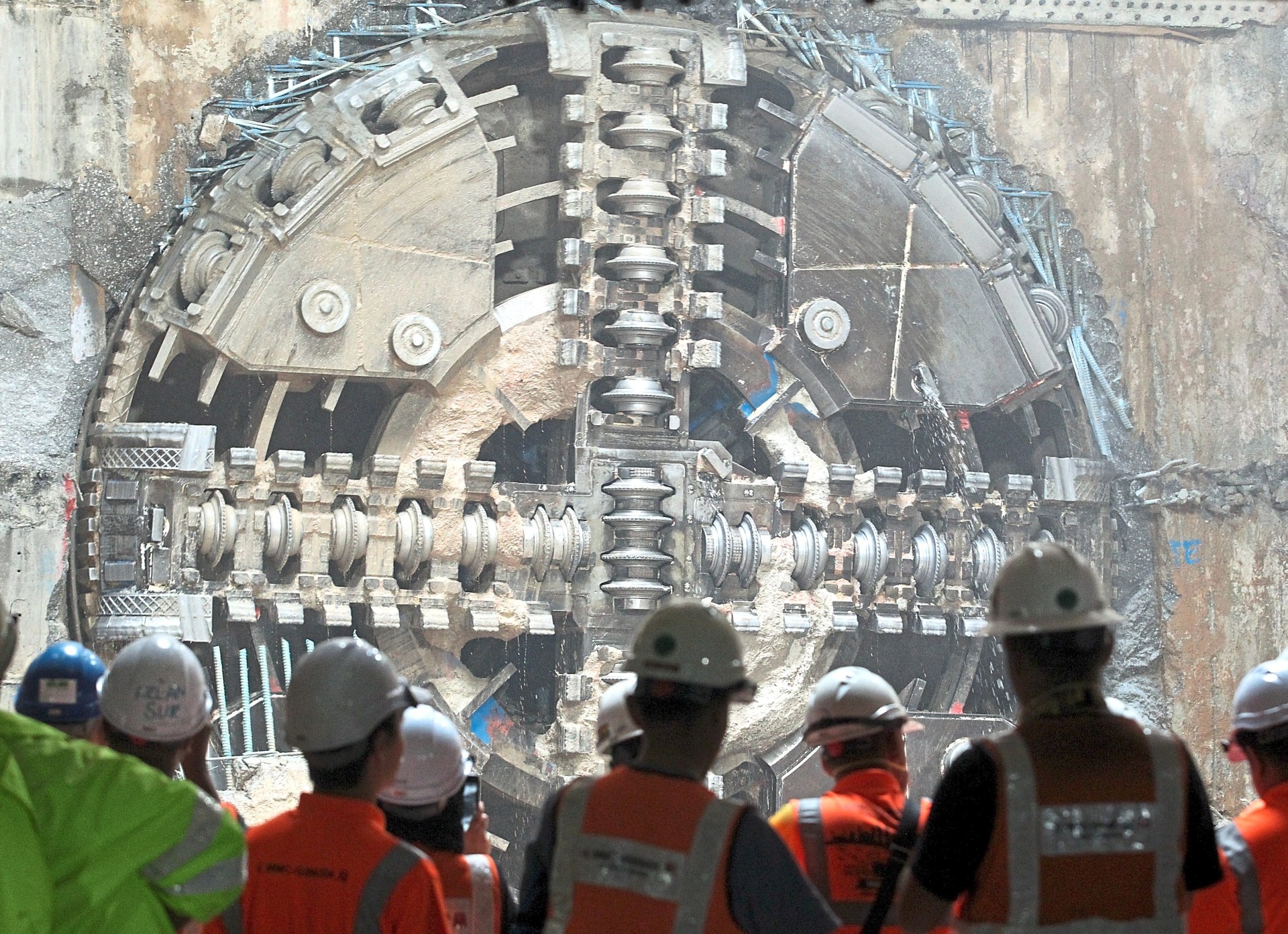 With the latest breakthrough, six tunnel sections have been completed with another three in progress.

Another two sections are to start within the next two months, with all tunnelling expected to be completed by July of next year.

At the shallowest parts, the tunnel was just 12m below the surface, a challenge to ensure no damage occurred to buildings and roads among other things.

Senior project manager of the underground works, Alex Terry said that a combination of mitigation measures had to be taken before mining and during the drive work.

The SSP Line spans a distance of 52.2km with 35 stations, of which 11 are underground.