Mum to son: You are my life

GEORGE TOWN: “Thank you for being a wonderful son, Chaq! I am not strong, you are my life. You taught me how to be a mother and friend. Sleep now my dear, and wait for all of us there.”

This was the heartfelt message written and posted on Facebook by Siti Hajar Ghazali, 38, for her 16-year-old son, student Muhammad Saifullah Mohammad Hafiez.

It is a message that he will never get to read.

Muhammad Saifullah was killed in a road accident in Bayan Lepas on Thursday as he was on his rounds delivering pizzas.

Family and friends praised Muhammad Saifullah as a filial son. 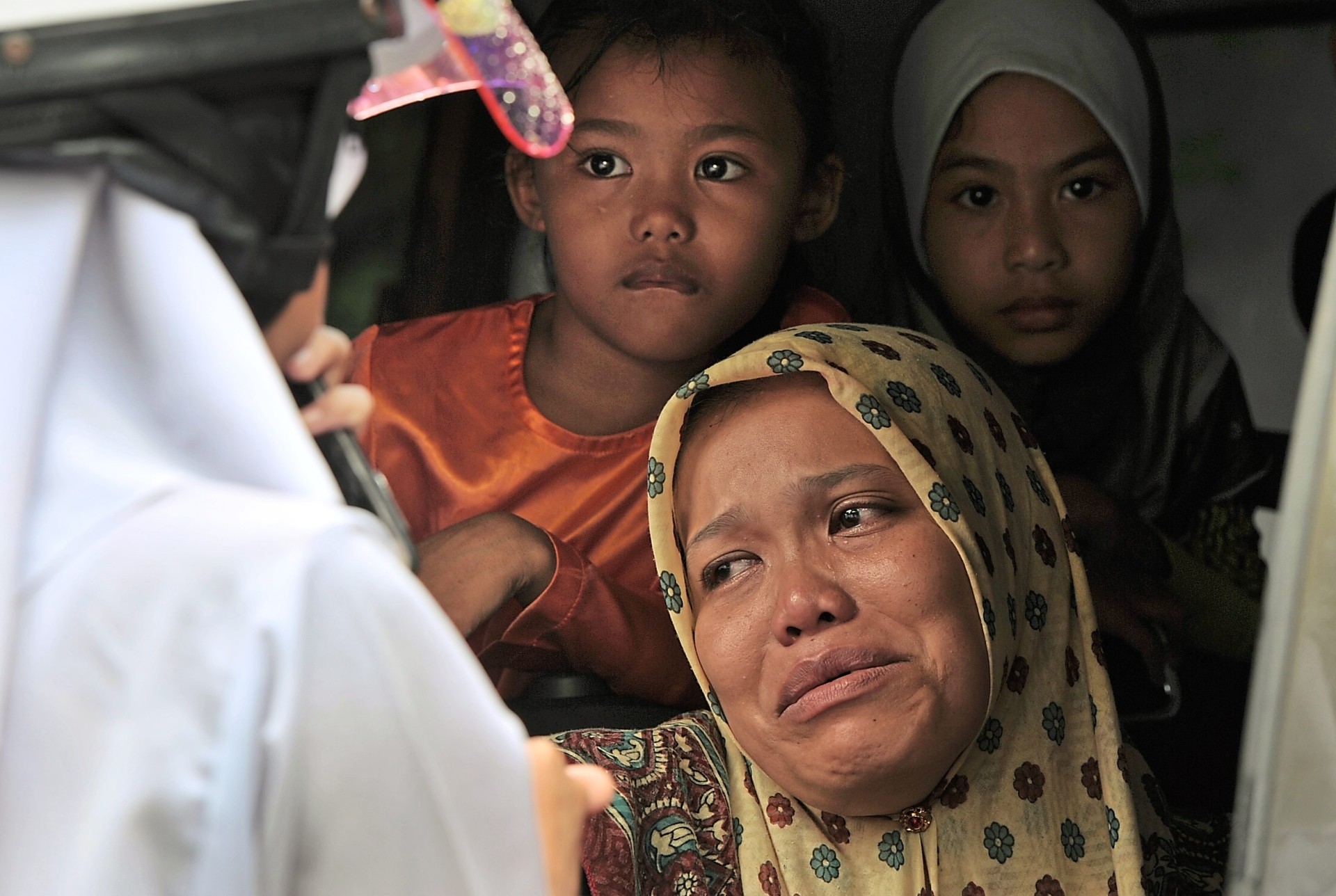 Too much to bear: Siti Hajar breaking down at her son Muhammad Saifullah’s (below) funeral in Bayan Lepas.

He was working as a part-time delivery boy since Ramadan to earn some income and lessen the financial burden of the family.

Siti Hajar added that she accepted his death as Allah’s will.

“He gave us Chaq for only 16 years and five months, ” she wrote.

In the 6.30pm tragedy on Thursday, a bus was heading to Sungai Ara from Persiaran Kelicap when it went out of control and rammed into several vehicles at the traffic light junction.

The bus came to a stop after it crashed into the gate of a terrace house.

It was a solemn atmosphere at the Bayan Lepas Muslim Cemetery yesterday where Muhammad Saifullah was laid to rest. About 100 family members, relatives, teachers and schoolmates waited at the cemetery grounds for the hearse to arrive at about 11am.

Siti Hajar broke into tears and passed out when her son’s remains arrived.

Siti Hajar later said she could not believe her eldest son had died as she just saw him at about 3pm on that day.

“I was on medical leave that day and we met before he went out to work. Out of control: A Fire and Rescue Department official checking the accident scene where a bus rammed into several vehicles at the traffic light junction in Jalan Kelicap near Setia Triangle, Bayan Lepas.

“I also prepared his favourite beehoon soup but he did not eat it, ” said the auxiliary police woman.

Balik Pulau OCPD Supt A. Anbalagan said the suspect tested positive for methamphetamine and was driving without a licence.

Last month, a 58-year-old Penang Island City Council staff member died after his motorcycle was hit by a car.