IPOH: The Women, Family and Community Development Ministry has ordered a controversial children’s home in Taiping to be shut down.

A letter on the decision by the ministry, she said, was sent to him on Sept 30.

Wong said the privately-run home, which faced various administration and management issues, had written to minister Datuk Seri Dr Wan Azizah Wan Ismail on Oct 29, but its appeal was rejected.

She said the home has been ordered to close by today.

“The home had failed to fulfill requirements set by the state Welfare Department in reference to its management, financial issues, as well as the problems faced by the residents of the home.

“The department officials had visited the home several times after receiving complaints and requested the management to follow all the necessary requirements, which the home had failed to do, ” she said at a press conference yesterday after presenting RM250,000 worth of grants to some 82 non-governmental organisations.

Earlier this year, a former resident had claimed that there had been incidents of sexual abuse, which the home had denied vehemently.

A viral video in February also showed a staff member hitting a Year Six boy on the back of his neck after he was accused of putting chewing gum on the man’s car.

Wong, who visited the home after the video was circulated over social media, had said that she would let the police complete their investigations before deciding on the next course of action.

The home’s president, S.P. Krishnamurthy, said they would appeal to the ministry again.

He said the home for needy children had existed for the last 73 years.

Krishnamurthy said he feared the children would resort to begging at railway and bus stations if the home was closed.

He said many former residents of the home have become professionals.

“We want to continue the good work and hope the ministry will allow us to operate, ” he said.

“We have been and will continue to follow all that is required by the authorities, and probably our delay in replying to letters had caused the closure of the home, ” he claimed.

Krishnamurthy also said there had been no outcome from police reports lodged against the home.

On the fate of the 20-odd children staying in the home, Wong said those with families have been sent back.

“For those without family members, the department had arranged for them to be sent to other homes.” 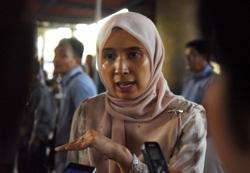 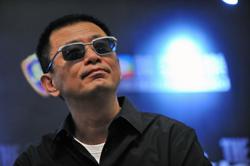