‘Ties with China good for Malaysia’

SEPANG: Despite the prediction of slower economic growth for China this year, Malaysia can still take advantage of the closer trade ties, says Ong Kian Ming.

The Deputy International Trade and Industry Minister said China’s economic outlook has important implications for Malaysia as the country is its largest trading partner.

“China has been our largest trading partner for the last 10 years and we expect this to continue in the foreseeable future.

“Chinese investments into the South-East Asian region are on the uptrend,” he said at the China macroeconomic roundtable in Xiamen University near here yesterday.

Projections, Ong added, showed that the economic growth of China and generally other countries in South-East Asia except Vietnam have been revised downwards for this year.

“The question that we face is whether this slowdown is something that may lead to a global recession or whether it is something temporary that we can rebound from in 2020 and beyond,” he said.

Ong said investment and trade between China and Asean countries would “definitely increase”, and that there was a strong potential to create a more integrated Asian economy.

“It will be interesting to see how the global supply chain may possibly shift to Asia, so that we can see more integration in the region. There are many opportunities for China and South-East Asia to work together to improve the economic outlook for our respective countries, as well as globally,” he added.

He said the special channel to attract Chinese investments under InvestKL and the setting up of green technology tax incentives were among measures to boost trade with China.

“While our bilateral trade volume is more or less the same,

a further breakdown showed that there has been a drop in exports from the electrical and electronics industry.

“As for the chemicals, petroleum and transportation equipment sectors, there has been growth,” he said.

Ong noted that Asean countries generally enjoyed the trade diversions from the United States, with Malaysia seeing an increase of 3.3% in exports to the United States in the first half of this year.

Malaysia’s total trade growth, he added, had contracted by 1.3%.

Xiamen University held a roundtable discussion on China’s macroeconomic outlook – the sixth outside the country.

Findings of a survey by 127 economists on China’s macroeconomic outlook were also released jointly by the university and Xinhua news agency.

The survey found that more than half of the respondents (59%) forecasted China’s GDP growth rate for this year to be between 6.1% and 6.2%.

Prof Lin Zhiyuan from the university’s Centre for Macroeconomic Research said dampened growth in China’s domestic consumption was one of the contributors for its slowdown. 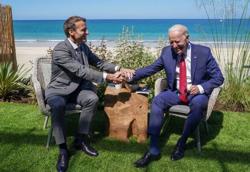