Refugees, 'Buy Muslim-made First' among issues to be raised in Parliament on Thursday (Oct 24) 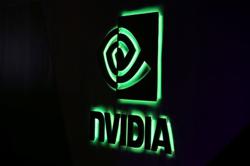 KUALA LUMPUR (Bernama): The question of refugees and the government's measures to ensure their presence does not threaten the national security are among the issues that will be raised at the Dewan Rakyat on Thursday (Oct 24).

According to the Dewan Rakyat order paper, the question is raised by Datuk Rosol Wahid (PH-Hulu Terengganu) who seeks clarification from Home Minister Tan Sri Muhyiddin Yassin during the ministers' question time this morning.

Issues regarding the "Buy Muslim-made First (BMF)" campaign will also be raised by Datuk Dr Noraini Ahmad (BN-Parit Sulong) to the Domestic Trade and Consumer Affairs Ministry, on the effect of the campaign and to what extent it has adversely impacted the country's economic growth.

Another matter expected to heat up the sitting is explanation on the standard operating procedure (SOP) of any armed show conducted by the Malaysian Armed Forces (MAF) following the death of a military officer recently, raised by former defence minister Datuk Seri Dr Ahmad Zahid Hamidi (BN-Bagan Datuk).

The issues of 'scammer' will also be raised during an oral question-and-answer session by Datuk Mohd Fasiah Mohd Fakeh (PH-Sabak Bernam) who wants to know the amount of losses incurred due to such criminal activities and the government's move to prevent it from continuing.

The Dewan Rakyat sitting is scheduled to run until Dec 5. - Bernama