LONDON: Malaysia has been picked as the venue for the 16th World Chinese Entrepreneurs Convention (WCEC) in 2021.

This is the second time the country will host the event.

The last was in July 2003 when it held the 7th WCEC that saw about 3,300 delegates from 21 countries attending.

The announcement that Malaysia had clinched the bid to hold the event was made at the closing ceremony of the three-day 15th WCEC at the ExCel Exhibition Centre here.

Following the announcement, the Associated Chinese Chambers of Commerce and Industry Malaysia (ACCCIM) promised to organise a “world-class” event in Kuala Lumpur.

Ter’s speech was followed by the screening of a video featuring a special congratulatory message to ACCCIM from Prime Minister Tun Dr Mahathir Mohamad, who said the hosting of WCEC “will benefit our country and all participants”. 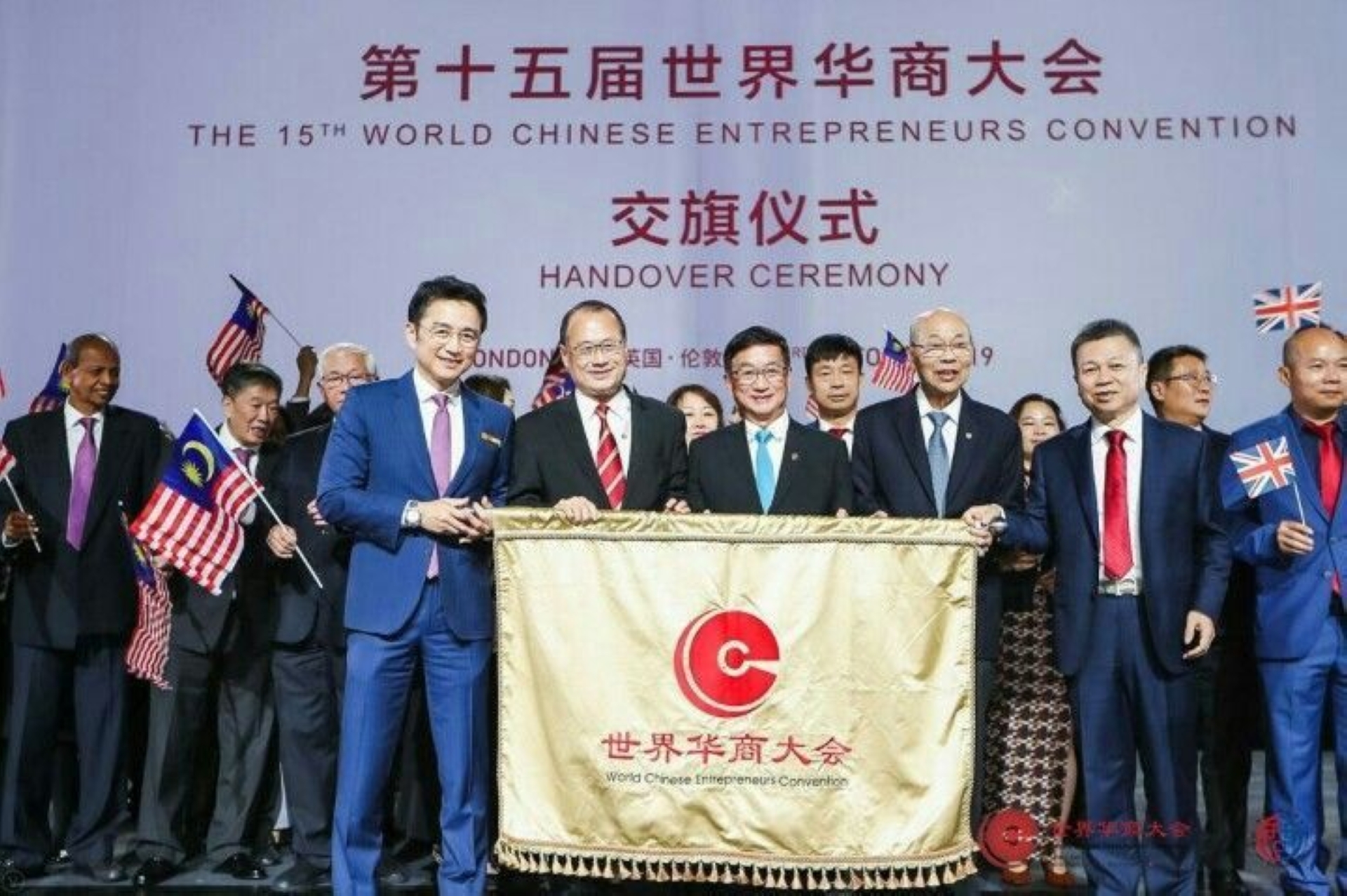 Malaysia was chosen to host the prestigious event due to its political stability, good hotels and infrastructure, business-friendly policies, government support for WCEC, and ACCCIM’s strong leadership and organisation.

WCEC, founded in 1991, is the world’s largest Chinese entrepreneurs meeting outside China.

Ter said it was his dream to do “something big and spectacular” not only for the local Chinese business community but also for the country and the world.

So when the opportunity to host WCEC emerged two years ago, he went on a campaign to persuade foreign chambers to support him in the bid.

He said the event would “provide a golden opportunity to promote Malaysia as the gateway for global businessmen to gain access to its markets along with the Belt and Road countries, the largely Muslim and Asean markets”.
Article type: metered
User Type: anonymous web
User Status:
Campaign ID: 18
Cxense type: free
User access status: 3