Convenience stores in KK operate with no workers

OPERATING a convenience store with no employees may be a new concept in Malaysia but there are already four such stores in Kota Kinabalu, reported Sinar Harian.

EzyBox co-founders Allen Tsang, 37, John Lee, 26, and Chan Jie Yang, 29, hit on the concept after their visit to China two years ago, where automated convenience stores were popular.

“Although there are concerns that the development in Kota Kinabalu is not as rapid as Kuala Lumpur, many youngsters and tourists visiting Sabah will go to the convenience stores because they know how these work,” said Tsang.

All the customers need is a WeChat account to enter the store, make their payment via e-wallet and scan the product via radio-frequency identification (RFID) technology for confirmation before exiting the store.

EzyBox started a year ago with four workers and now has 15 employees responsible for the upkeep of the four stores around Kota Kinabalu.

“Renting a shop and paying employees in Kuala Lumpur can cost more than RM10,000 a month but in Kota Kinabalu, we manage to run a shop of between 180sg ft and 200sq ft with less than RM5,000,” he said.> Actress Mira Filzah is paying no heed to the endless speculation romantically linking her to the male artistes she works with, reported Berita Harian.

Fans started speculating that the Pujaan Hati Kanda star was involved with rapper Caprice after he posted a picture of them on Instagram.Fans also linked Mira to actor Ungku Ismail when the duo acted together in the soon-to-be-released drama series Adellea Sofea.

“Anyone is free to make their own assumptions based on pictures shared on social media.

“I understand that this cannot be avoided as I’m single,” the 26-year-old said, adding that she was a professional when it came to work. 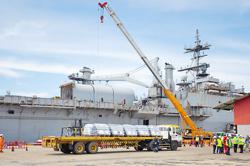