KOTA KINABALU: Sabah and Sarawak are looking at ways to capitalise on Indonesia's capital city move to Kalimantan in a bid to boost socio-economy for the two states.

Sabah Chief Minister Datuk Seri Mohd Shafie Apdal said both states had a lot of similarities in terms of its natural resources and industries.

"So we want to look at cooperation frameworks that can help not only Sabah and Sarawak, but also Malaysia as a whole, with this capital city move," he said Monday (Oct 14).

He said this after discussions with Sarawak Chief Minister Datuk Patinggi Abang Johari Tun Openg who paid a courtesy call on Shafie.

Shafie said both states wanted to make full use of their potential and role in the Borneo region for development.

Abang Johari said Sabah and Sarawak have several distinct strengths of their own including tourism, oil and gas, which could transform both states' social economic standard

"If we merge our common strengths, we can also help transform Malaysia into a more peaceful, harmonious and developed nation," he said.

"We are bound to achieve success with close relations and cooperation between one another," he added. Colombia will not ease quarantine in capital, cities hit hard by coronavirus 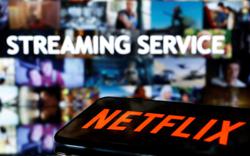