Budget 2020 does not have strategic initiatives to transform economy, says PAS

PETALING JAYA: The Budget 2020 tabled in Parliament on Friday (Oct 11) was a routine one without strategic initiatives to drive and transform the economy, says PAS.

"We do not see how this budget is capable of solving the major problems facing the people and the country today, with the rising costs of living and the slowing of economic growth," he said in a statement on Saturday (Oct 12).

He said that although it is public knowledge that the reintroduction of the Sales and Service Tax (SST) caused a decline in government revenue, the budget did not propose a more comprehensive and fair tax structure to increase government revenue, in contrast to earlier forecasts by analysts and rating firms that said Malaysia needed to re-evaluate the country's tax structure to resolve the current fiscal gap.

Mazli said questions on how the government would generate additional revenue of RM20bil remained unanswered in this budget presentation and that it was expected for the government to be unable to meet its fiscal deficit target of 3.2% by 2020.

He said although there was an increase in the minimum wage to RM1200 for those in urban areas, the budget did not have any strategic initiatives to increase the productivity of the people.

"This would have a negative effect on the Malaysian economy as inflationary pressures would increase if wage increases were not followed by productivity," he said, noting the Malaysian Productivity Report 2018/19 which stated that the country's productivity growth reduced significantly to 2.2% in 2018 compared to 3.7% in 2017.

Mazli also said there were no initiatives to increase investor confidence in the Malaysian market, with the outflow of foreign capital from the Malaysian equity and capital markets still ongoing.

He said as of the end of September, there has been a continuous 26-week net sale of investors on the Bursa Malaysia, and that this is particularly critical as foreign investments make up 30% of the total capital on Bursa Malaysia. 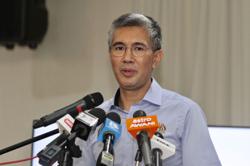 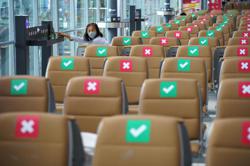 Initiatives planned for local traders to stay in business