Sowing the seeds for the future

IT was a meaningful weekend of helping hands and community enrichment as the RHB Banking Group galvanised thousands of its employees across seven countries to participate in over 40 corporate responsibility (CR) initiatives that made up the impactful humanitarian RHB Touch Hearts programme in its fourth year.

RHB Banking Group managing director and chief executive officer Datuk Khairussaleh Ramli joined teams from the bank’s treasury division early Saturday morning at the peaceful Taman Rekreasi Paya Bakau in the village of Sijangkang, Selangor, to literally get his hands dirty, helping the enthusiastic participants in planting 1,000 mangrove trees in a part of the muddy estuary specially sectioned for the bank.

“It’s so important that we help conserve the environment, promote good environmental practices and help the community, ” he said, after kicking off this CR initiative by personally planting three mangrove tree saplings under the guidance of Forestry Department officials.

He was joined by group treasurer Mohd Rashid Mohamad, who, like the 90-over treasury employees and the 90-plus students from Universiti Kuala Lumpur (UniKL), donned rubber boots and protective gloves while ankle-deep in mud under the intensifying sun.

Camaraderie was clearly evident as both RHB staff and students huffed and puffed while digging and planting, doing their part in mitigating the erosion of an important part of Malaysia’s physical environment.

“They are committed in going the extra mile, in terms of making sure the impact of our initiatives is felt by the community that we penetrate, ” the group MD commented, while stressing the importance of long-term sustainability, be it in the context of preserving our natural assets and ecosystems or in helping the disadvantaged be self-sustaining. Khairussaleh engaging one of the 18 vendors at RHB’s Social Entrepreneurs CR Carnival at Sunway Geo, Selangor.

Organised by RHB group treasury, the mangrove forest and swamp conservation and rehabilitation was just one instance under a broader region-wide initiative to empower and enrich communities, with simultaneous CR activities occurring in countries in which the bank is present, including Singapore, Indonesia, Cambodia, Thailand and Laos.

“I’m extremely proud of the teams for raising their own money via various activities, such as auctions, to add to the RM100,000 seed money from the bank, making the total half a million ringgit they have in hand now for these 43 RHB Touch Hearts initiatives, ” added Khairussaleh, who later presented residents of Sijangkang with goodies, dental health care treatments and cash vouchers to the B40 families.

“As a responsible financial institution, ” he continued, “it’s important for us to see how we can reduce the burden of people – such as those in Sijangkang – in areas of health or financial assistance such as micro-financing with which to provide sustainable business opportunities, ” emphasising the need for RHB staff to align their initiatives to the United Nations Sustainable Development Goals while commending the efforts of the organising team for the smooth execution after months of planning.

Khairussaleh later proceeded to join other RHB teams at Sunway Geo where the Touch Hearts CR Carnival was in full swing.

There, in the bustling concourse of the retail area, were 18 pop-up booths, comprising social entrepreneurs, NGOs and others, ranging from the Kechara Soup Kitchen Society, the Asli Co, the Autism Café Project, Flour Power to a mobile book clinic.

According to RHB head of group business and transaction banking Jeffrey Ng, the CR Carnival – as part of the Touch Hearts programme – social entrepreneurship platform was ideal for disadvantaged segments such as people living with autism or Orang Asli single mothers to become more financially stable in selling wares and goods at events such as these with the help of NGOs and vendors. Crowds milled around the concourse admiring the handmade goods on display that included fair trade tea, cakes, jewellery and more.

The weekend RHB Touch Hearts programme was organised in recognition of the need for more financial institutions and private sector corporations to do more to help not just environmental and educational causes, but also the role corporations can play in boosting social entrepreneurs in growing their business. 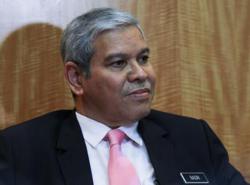