KUALA TERENGGANU (Bernama): The Sessions Court here Tuesday (Oct 8) sentenced a lorry driver to 40 years in prison and 24 strokes of the cane for sexually abusing his 11-year-old daughter, who is also his eldest child.

The 41-year old man had earlier pleaded guilty to four charges, of which two were for incest, one for carnal intercourse against the order of nature, and the fourth, for recording a pornographic video of the victim on his mobile phone.

Judge Nooriah Osman said although the man pleaded guilty on the day he was charged, his acts were heinous and condemned by religion, especially when the child is a person with disability categorised as a slow learner.

As the father, he should have been a good example for his daughter and educate the girl instead of taking advantage of her disability, and what he did would leave a lasting trauma on her, she added.

The man was charged with committing the offences at a house in Marang between 11am and 5am on Sept 20 and Sept 21, this year.

Based on the facts of the case, the man’s wife incidentally saw a 5.09-minute video that showed her husband sexually abusing their daughter. She questioned the victim who said it had been happening since she was six years old.

On each of the two incest charges, the man was sentenced to 20 years’ jail and eight strokes of the cane, to run consecutively from his arrest on Sept 22.

The court also ordered the man to be placed under police probation for a year upon completion of his sentence.

The prosecution was conducted by deputy public prosecutor Zulfazliah Mahmud, while the man was unrepresented. - Bernama 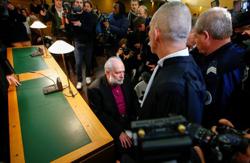 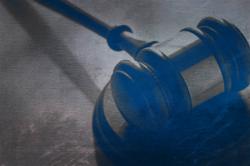