RM20,000 bounty out for elephant killers

Some of the bullets extracted from the elephant during the autopsy.

KOTA KINABALU: A reward of RM20,000 is being offered for any credible information that leads to the arrest of the poachers involved in the brutal killing of an adult bull elephant in Sungai Udin, Tawau.

Apart from this, a major crackdown is being organised to track down those involved.

Tuuga said he would not comment on their next course of action as they did not want any information to be leaked.

He said they were furious at the culprits and the persistent poaching taking place. 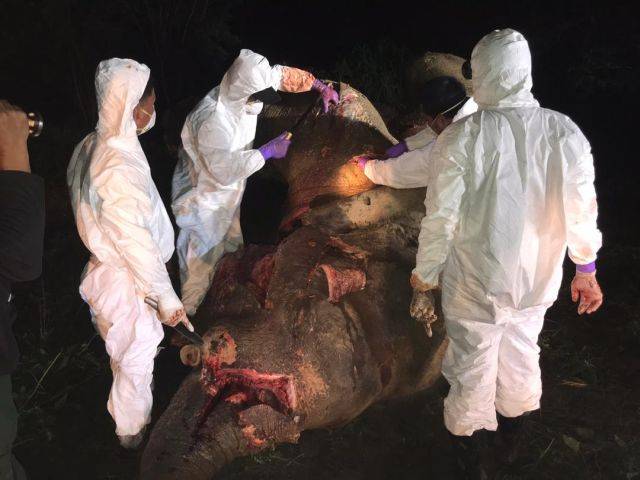 The post-mortem exam being carried out on the carcass of the elephant that was shot about 70 times by poachers before it died and its tusks removed.

An autopsy on the elephant found that it had over 70 bullet wounds on its body before it had its two tusks removed.

The bull, believed to be in its 30s, was found tied to a tree near the Sungai Udin riverbank, with more than 70 gunshot wounds on its body and its two tusks sawn off.

Sources said a group of four or five people might have been involved in the attack and they might even have used automatic guns.

Photos of the carcass were circulated on social media on Sept 25 after anglers came across it.

"We have agreed to assist in security aspects and will be meeting up for a discussion soon," he said.