By HEMANANTHANI SIVANANDAM and FATIMAH ZAINAL

KUALA LUMPUR: Malaysia is fast becoming an intolerant nation due to its treatment of its minority Syiah community and academics are urging Muslims to speak up against this.

Syiah Muslims are banned in Malaysia as they are seen as deviant but National University of Singapore Sociology Professor Dr Syed Farid Alatas said such perceptions should be changed.

“We have to go against the tide. I wish he (Minister in the Prime Minister’s Department Datuk Seri Dr Mujahid Yusof) would (voice) out more against the persecution of the Syiah Muslims.

“He made it seem like it was okay (to raid). Malaysia has become one of the most extremist Islamic countries in the world... the Sunnis need to wake up, ” he said in a forum titled “The Future of the Ummah: Voices of Unity and Harmony” yesterday.

Mujahid had said raids by religious authorities were conducted according to standard operating procedures.

Syed Farid said Malaysia should look back at the 1980s where a fatwa (ruling) recognised Syiah as a legitimate sect in Islam.

He said prominent international Sunni scholars should be invited to Malaysia to show the Muslims here that there are opinions among Sunni ulama (scholars) that are not in line with anti-Syiah thoughts.

“It is the discourse of the official religious scholars in the state (Malaysia) that created an image of the Syiah that is slowly becoming ingrained in the people’s minds.

“These views are slowly becoming accepted. So if we are not careful, the next generation of Muslims will be entirely intolerant towards Muslims who don’t practise and believe in the same way that Sunnis do, ” he told reporters on the sideline. 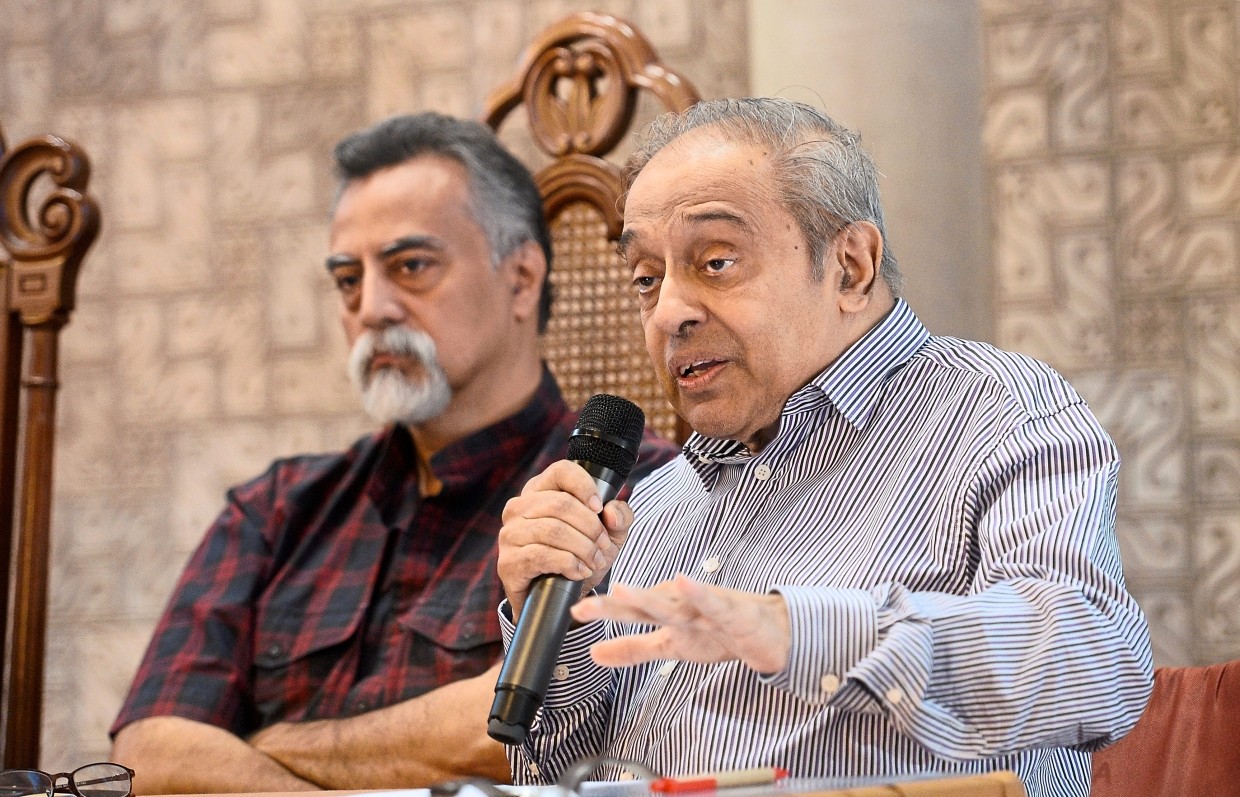 Sharing his views: Chandra speaking at the forum titled ‘The Future of the Ummah: Voices of Unity and Harmony’ at the International Institute of Islamic Thought and Civilisation in Taman Duta, Kuala Lumpur. With him is Syed Farid.

Chandra said the ulama in Malaysia should open their minds to understand the Syiah Muslims in the country, who are subject to arrests and infringement of rights.

“We have a segment of ulama in Malaysia who are irrationally anti-Syiah.

“They (Syiah) are not talking about propagating, they are just practising.

“The ulama should be open-minded and try to understand what is happening.

“It is as if we want Islam to be projected as a religion that is against thinking, against reflection, ” he said.

Chandra said that more than religious differences between the two sects, geopolitical influences and major events in recent decades had shaped the divide between Sunnis and Syiahs.

The events include the Iranian Revolution of 1979 and the 2003 invasion of Iraq by the combined Western powers of the United States and the United Kingdom, he said.

“We must strengthen our understanding about geopolitics so we are not stuck in an interpretation that is opposite of the reality, ” he said.

Ahmad Farouk said that in South Asia, where there are also substantial Syiah minorities, until the last decade or so there was no history of any large scale Sunni-Syiah conflict.

He said there was a need to understand geopolitics in that the great powers would manipulate sectarian divisions in the pursuit of their own interests.

He said to prevent sectarian conflict from happening, Muslim governments whether Sunni or Syiah, should respect the rights of their citizens irrespective of their religious beliefs.

“Second, Muslim countries should desist from using religion as an instrument of security and foreign policy and instead focus on practical ways of resolving conflict.

“Muslim governments should also prevent any hate speech towards Muslim minorities in their country, ” he said.

Osman, meanwhile, said the neglect of many social sciences in the Muslim world weakened the voices of unity and harmony.

The voices of unity and harmony could be identified in three major areas of knowledge namely philosophy, Sufism and maqasid Syariah (objectives of Islamic laws), he said.

“Some countries ban philosophy from their educational curriculums and some even ban Sufism, so their voices have become muted, ” he said.

To promote unity and harmony as a solution to the division in the ummah, Osman said these voices must be multiplied and play an active role in society.

He also said that many Muslims were happy and more comfortable with uniformity but that this did not equate to unity.

“Unity is different, we cannot create diversity without unity.

“Give space to constituents of that diversity, ” he said.