PETALING JAYA: DAP has given its commitment to support a constitutional amendment that would enable automatic citizenship for children born overseas to Malaysian women.

DAP veteran leader Lim Kit Siang said that its 42 parliamentarians would support an amendment of Article 14 of the Constitution to replace the word "father" with "at least one parent", in order to grant Malaysian women the same rights as Malaysian men.

Under Article 14 of the Federal Constitution, children born outside the country to Malaysian men are granted citizenship automatically.

For a mother, however, the application for citizenship for a child born outside Malaysia is via Article 15(2) – that is by registration. This affects mothers married to non-Malaysians.

Malaysia is among 25 countries that deny women equal rights to pass on citizenship to their children.

"The bureaucratic challenges faced by women in applying for citizenship for their children were among the reasons for Malaysia's brain drain.

"Many Malaysians living overseas were married overseas. They met their spouses while working and they wanted to return home. As Malaysia continues to lose its precious talent due to this bureaucratic process, it needs to be changed," Lim said in a statement on Friday (Sept 20).

Women, Family and Community Development Ministry Deputy Minister Hannah Yeoh had said that the Ministry has had meetings with the Home Ministry on this and four other issues concerning citizenship.

Their meetings, she said, were positive and the Home Ministry said it would review these issues.

The Foreign Spouses Support Group recently launched a campaign advocating for an amendment to Article 14, saying that it discriminates on the basis of gender.

"Families are left vulnerable. As a result of these discriminatory laws, mothers, their children and extended family are trapped in uncertainty as the application process is tedious and takes many years," the group's lead coordinator Bina Ramanand said in her speech at a forum on gender-equal citizenship on Wednesday (Sept 18). 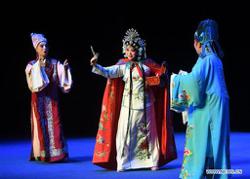 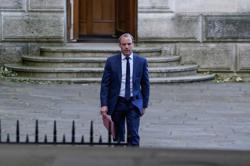