BUKIT MERTAJAM: Mainlanders from Seberang Prai can now rejoice with the announcement of five incentives in conjunction with the elevation of Seberang Prai Municipal Council (MPSP) to city status on Malaysia Day.

New Seberang Prai City Council (MBSP) mayor Datuk Rozali Mohamud said the “gifts” were given as an appreciation to the people of Seberang Prai who were instrumental in the elevation.

The incentives include the reduction of parking compound rates, which will only be RM5 for all types of offences.

“People with parking compounds issued by MBSP can pay their fines starting from today until Dec 31 for only RM5.

“However, this reduction does not apply to offences involving vehicle owners who park at disabled parking lots and cases that have been registered in court, ” said Rozali.

He said there would also be an incentive for food premises owners who achieved improvement for their establishment.

Grade B food premises that achieved Grade A will be eligible for a reduction of 50% on the rates for anti-typhoid injection for a maximum of three people. The reduction is valid until Dec 31.

“This does not include rejected applications that do not meet the technical requirements, ” he said, adding that compounds that had been paid before or on Sept 15 could not be claimed back.

Meanwhile, in an effort to make Seberang Prai a low-carbon city, MBSP has purchased five electric motorcycles for the city council staff.

“The motorcycles will be used by MBSP enforcement officers during their patrols in the city, ” said Rozali after he was accorded an official welcome by MBSP councillors and staff members at the MBSP headquarters in Bandar Perda here yesterday.

Earlier yesterday, in Kepala Batas, Rozali was installed as the first mayor of MBSP.

Rozali expressed his gratitude to the people of Seberang Prai for their roles in achieving the city status.

“Without the support of the people in many of our programmes, we could not achieve this city status as one of the aspects for us to attain city status is the evaluation of community participation in the municipality programme, ” he said.

Housing and Local Government Minister Zuraida Kamaruddin, who was present, congratulated Penang for becoming the only state in Malaysia to obtain full-fledged city status with Seberang Prai officially becoming a city council on Malaysia Day. 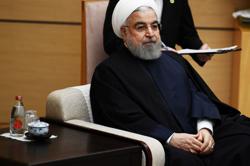