Suhakam Commissioner Jerald Joseph said they would try to ascertain if police had followed standard operating procedure when discharging their firearms.

KUALA LUMPUR: The family of a man killed in a shootout with police are demanding answers about the circumstances of his death and seeking information on the whereabouts of his missing wife.

Lawyer R. Sivahnanthan, who is representing the family of Sri Lankan national Janarthanan Vijayaratnam and his wife Moganambal Govindasamy, questioned how the man – who is a United Kingdom (UK) permanent resident – could have been involved in a string of house break-ins as they had been in the country for only two weeks.

"They came into Malaysia on Aug 27. How can he be involved in a string of house break-ins when he was here on such a short trip?

"If you look at Selangor police chief Comm Datuk Noor Azam Jamaluddin's statements, he said the police believe the trio were responsible for a string of house break-ins and that they were in the midst of searching for houses to be targeted," he told reporters at the Human Rights Commission (Suhakam) headquarters here on Tuesday (Sept 17).

He claimed the families of both Janarthanan and Moganambal in the UK were quite wealthy and they did not need to resort to robberies.

"The family also claimed they spoke to a Sjn Maniam on Saturday, who informed them that police had actually shot a fourth person in the leg.

"That person fled into the jungle and was later caught with (the aid of) a police dog. What happened to that person?" he asked, adding that police could remand that person for further investigations, but no such remand was made.

He said the procedure was for an application for a remand order to be made within 24 hours and the individual must be produced in court, and if this cannot be done in that time there must be good reason for it.

"Did that person need to be sent to hospital? If so, why was the family not notified?" he asked, adding that the family does not have any information on that person's whereabouts.

Sivahnanthan also questioned how Janarthanan came to be in the red Volkswagen on that night.

"The family says that they went out in a white Perodua Alza. No one has any idea how this red car appeared and why police are saying they were inside the car," he said.

He also claimed that Moganambal's sister, Vasanthi, received a GPS location shared via WhatsApp at around 1.38am on Sept 14.

He said the family is demanding answers and that the Inspector-General of Police, Selangor Police Chief and Government have to provide an explanation for what really happened.

Meanwhile, Suhakam Commissioner Jerald Joseph said they would try to ascertain if police had followed standard operating procedure when discharging their firearms.

"We will also investigate an allegation by a family member that a police sergeant had told the family that Moganambal was in their custody," he said. 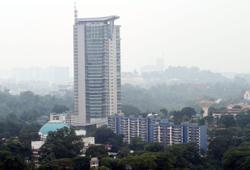 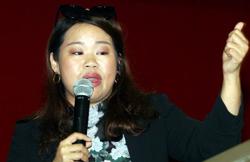 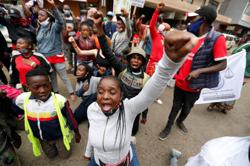