GEORGE TOWN (Bernama): A man was stabbed to death by a friend following a misunderstanding over debts near the clock tower in front of Bukit Jambul Complex here Sunday (Sept 15) night.

According to a source, Mohamad Nurulhudin Ismail, 31, died at the scene when stabbed on the right chest in the 11.20pm incident.

The body was sent to Penang Hospital for a post-mortem.

The victim is believed to have met his friend at the scene to demand the repayment of a debt when an argument broke out, which led to the friend stabbing him on the chest, said the source.

The source said the suspect and another friend fled after seeing the victim fall.

The police are believed to have obtained a recording of the incident from a closed circuit television camera in the area and are looking for the suspect.

A knife, believed to have been used to stab the victim, was found by a passer-by, who handed it over to the police. – Bernama 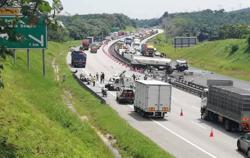 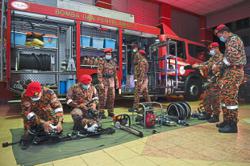