JOHOR BARU: A 78-year-old woman died after she was hit by a stray bullet during an armed robbery attempt in Kangkar Tebrau here.

Johor police chief Comm Datuk Mohd Kamarudin Md Din said the victim was sitting at the front yard of her house when the incident took place at around 9pm on Friday.

Earlier, the suspects had broken into a house rented by six men in Jalan Tun Fatimah 2, he said.

“Two shots first rang out; one of them hit a tenant’s leg,” he said in a statement yesterday.

The tenants then fought back and chased the robbers, one of whom fired two more shots at the occupants, he added.

“The fourth shot hit the woman on the right side of her head.

“She died while receiving treatment at Sultanah Aminah Hospital,” he said, adding that the other victim who was shot was being treated at the same hospital here.

Comm Kamarudin said the suspects fled the scene with a motorcycle they seized from a passer-by at gunpoint.

“We have identified the male suspects and are trying to locate their whereabouts,” he said.

He urged those with information to contact the state police hotline at 07-221 2999 or lodge a report at the nearest police station. 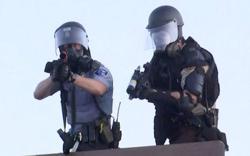 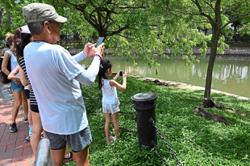