SINGAPORE (ANN): Crazy Rich Asians (CRA) director Jon M. Chu came to the help of Adele Lim when the screenwriter and Hollywood movie studio Warner bickered over her fee to work on a sequel.

Chu, who wanted to keep his creative team intact, posted on Monday (Sept 9) that "by the time we came up with several different ways to satisfy everyone's needs, a lot of time had passed and she declined the offer".

Warner apparently offered Chiarelli more because he has a longer track record than Lim who, before CRA, had written for TV shows.

"I agree with Adele that parity for women and people of colour is crucial to the continued enlightenment of our industry and we still have a long way to go," Chu wrote.

"What I discovered personally through this process is there are still things to debate among ourselves... which I am sure won't be simple answers but I know we must try to figure it out to keep the needle moving."

Chu said Lim's fans should not take their anger out on Chiarelli.

"What I do know is we, as a community, should not go after my friend Chiarelli in our movie. He wrote two drafts of the script months before I ever joined the project with Adele.

"He is a good man, a creative force and has been a pro in the business for many many years, doing many uncredited rewrites." – The Straits Times/Asia News Network 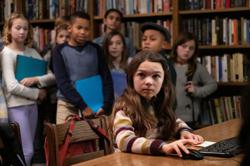 Disney's 'Raya And The Last Dragon', set in Southeast Asia, delayed to 2021