THE Queen of Love Songs, Malaysian singer Fish Leong (pic), broke down while singing and finally admitted that rumours of her divorce were true, Oriental Daily reported.

“Thank you everyone for caring about me all this while. To answer the question on everyone’s mind, Mr Chao and I have signed our divorce papers, ” she told a press conference in Taipei on Sunday.

She and her former husband Tony Chao will be sharing custody of their five-year-old son Anderson.

Rumours about their troubled marriage had been circulating for the past month.

Leong was promoting her new album but when she was singing Gradually Colder, she could no longer hold her emotions in check.

Tears began streaming down her face and she had to be led off stage.

Rumours of the couple’s divorce began after Chao was reported to have fallen in love with a social media influencer.

However, the businessman had denied rumours of the divorce until Leong confirmed this.

> China Press reported that after four years of arduous training, an 11-year-old pupil in China’s Henan province has become a card-throwing prodigy.

The force behind his throws was so strong that the cards could pierce through objects such as watermelons, pumpkins and even wooden blocks.

A video of Wang Kai performing his card tricks showed how each card was thrown and lodged into the objects.

It was reported that Wang fell in love with card throwing after watching magicians performing the trick on television.

It took him four years, 400 decks of cards and multiple wrist injuries to perfect his skill.

Asked if Wang’s skill was a waste of the boy’s time, his father said everyone has an interest and that his son’s happened to be card throwing.

“A primary school pupil did not give up pursuing his interest for four years. Because of this, everyone should admire his determination, ” he said.

> A man with a taste for raw fish in Fujian province, China, ended up with a liver filled with parasites, Kwong Wah Yit Poh reported.

The man, whose surname is Lin, was sent to hospital after suffering from high fever, vomiting and a bad cough.

An X-ray later revealed that Lin’s liver was crawling with parasites and he was diagnosed with Clonorchiasis.

The disease is caused by parasites such as the Chinese liver fluke, which is commonly found in undercooked freshwater fish.

Lin admitted that he liked eating raw fish for the past three years. 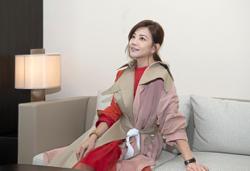