The launch of the campaign saw about fifty Muslim entrepreneurs gather at the Hotel Pen-Mutiara here Sunday.

Ummah national deputy chairman Mohd Zai Mustafa said Penang was chosen because the state has a good business ecosystem and is one of the biggest cities in the northern region.

"Penang can provide opportunities for Muslim products, so I think we can help Muslim businessman promote their products here," he said at a press conference during the launch of the campaign.

He said the main objective of the campaign was to raise the buying power of Muslim citizens in Penang and, at the same time, help the Muslim business community in the state.

He also stressed that the campaign was not a boycott campaign but to empower the economy and create a healthy environment between the Muslim community and others.

"We are not conducting any boycott, we are merely helping Muslims and also the government promote a healthier, better economy," he said. 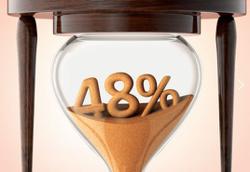