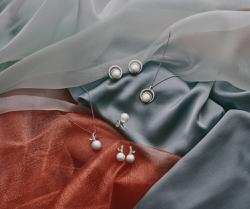 KUALA LUMPUR: Former Felcra Training and Consultancy (FTC) Sdn Bhd managing director Rohaizat Ahmad has claimed trial to 33 counts of misappropriation and abuse of power involving over RM1.64mil for the supply of, among others, baju kurung and smartphones.

Rohaizat, 54, pleaded not guilty to all the charges in front of Sessions Court judge Azura Alwi yesterday.

He was alleged to have used his then-position as FTC managing director to give contracts amounting to RM1,648,810.60 to his family members, who have interests in two companies – Al Maisan Enterprise and Hexa Tech Pride.

For charges one to 16, Rohaizat was accused of having used his position in FTC to appoint Al Maisan Enterprise, owned by one of his in-laws, to become the supplier of T-shirts and baju kurung as well as being the strategic partner for programmes organised by FTC.

For the rest of the charges, he was said to have also used his position in FTC to appoint Hexa Tech Pride, where one of his children held the post of manager, to become the supplier of items such as smartphones and laptops, as well as being consultants for the entrepreneurship programmes organised by FTC.

All the charges fall under Section 23 of the Malaysian Anti-Corruption Commission (MACC) Act 2009, which are punishable under Section 24 of the same Act.

Rohaizat now faces a prison term of up to 20 years and a fine of not less than five times the sum of the gratification or RM10,000, or whichever is higher, upon conviction.

MACC deputy public prosecutor Mahadi Abdul Jumaat asked for RM150,000 bail and for Rohaizat’s passport to be kept by the court until the case was over.

He also asked the court to order Rohaizat to report to the nearest MACC office once a month until case was over.

Lawyer Hamidi Mohd Noh, representing Rohaizat, asked for a lower bail at RM50,000, arguing that his client had a “meagre” income and had to provide for his family and four children.

“His income is an important factor. He is earning between RM8,000 and RM9,000 a month. He’s not rich. He’s not a politician. He is a salary man,” said Hamidi, adding that his client posed no flight risk.

Judge Azura set the bail at RM80,000 with one surety and ordered Rohaizat to report to MACC headquarters in Putrajaya once a month until the case was over. 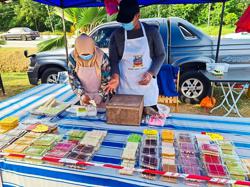