He said he learnt of the fire when he was in Jakarta for a state visit last week.

“When I read about the fire here (Kampung Otentik), I wanted to come because I felt the pain of the victims, ” he said during the visit to Masjid Al-Mukarramah, Tanjung Batu Keramat, near here yesterday.

Sultan Abdullah also presented contributions to 87 heads of households affected by the fire on Aug 26. 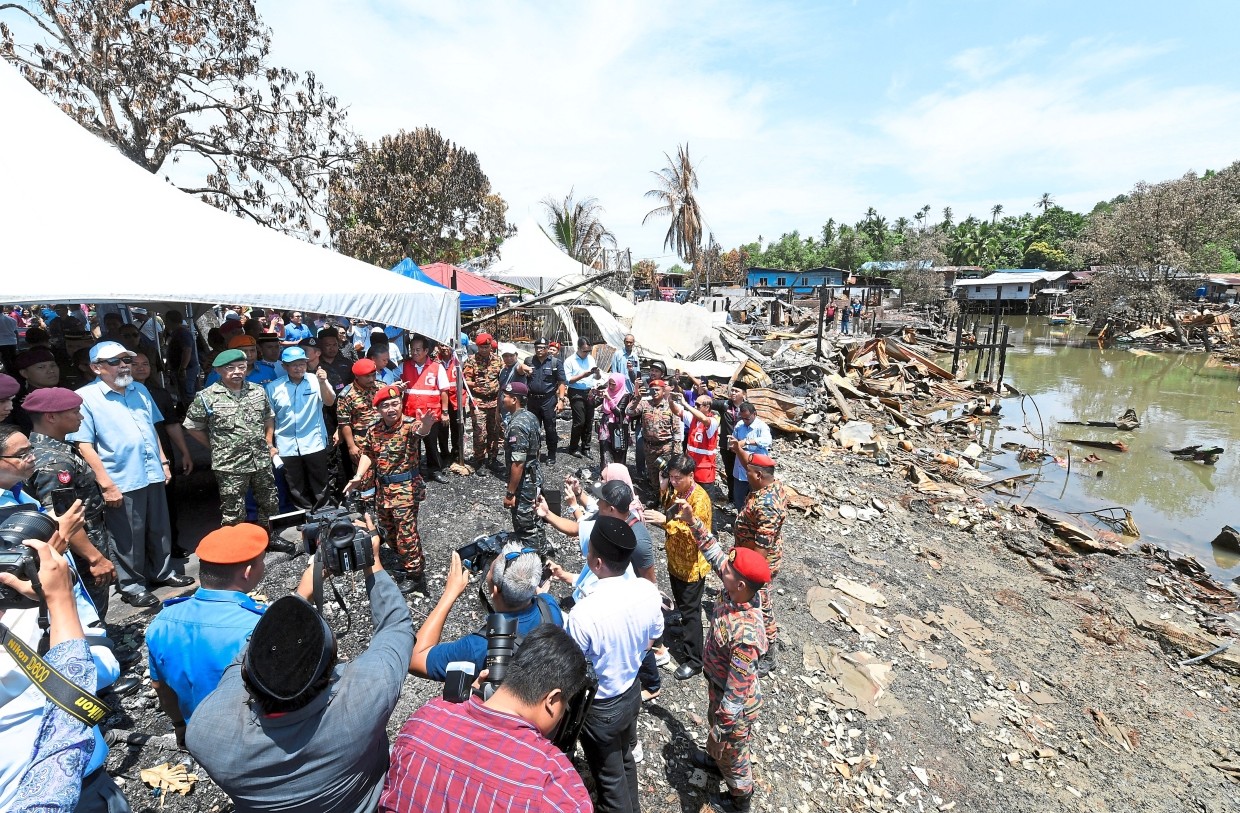 A caring king: Sultan Abdullah (fourth from left) and other VIPs listening to a briefing by Kamarulzaman on the situation the villagers were facing at Kampung Otentik in Tanjung Batu Keramat, Tawau. — Bernama

He attended a briefing given by Sabah Fire and Rescue Department Chief Kamarulzaman Malik Abdullah and visited the scene of the fire which destroyed 69 homes and left 511 people homeless.

He urged the public to show their appreciation to rescue personnel like firemen and policemen for their quick action in stopping the fire from spreading to more homes with no loss of life.

“I hope the government will look into rebuilding the homes for the victims, ” he said.

He also said he would check on the victims of a fire which broke out in a village in Sungai Lembing, Pahang, on National Day. — Bernama