PETALING JAYA: The ratification of the International Convention for the Protection of All Persons from Enforced Disappearance (ICPPED) will ensure that legal recognition and remedies are put in place for victims of enforced disappearance, says the Human Rights Commission of Malaysia (Suhakam).

"It will also signal a commitment that enforced disappearance is unacceptable in Malaysia," it said.

The commission pointed out that there are no laws or regulations which relates to the enforced disappearances of persons in Malaysia, and there are no provisions for any remedy if such incidents involved state actors or agents.

"Cases of alleged enforced disappearances are often classified as cases of missing persons, abduction or kidnapping. Thus, there is no official data on the number of such cases in Malaysia," it said in a statement on Friday (Aug 30) in conjunction with the International Day of the Victims of Enforced Disappearances.

Suhakam said to effectively address the issue, it was important to acknowledge that cases of enforced disappearance do exist.

Suhakam also expressed regret that the Terms of Reference (ToR) of the task force probing the disappearances of Pastor Raymond Koh and Amri Che Mat were not made public.

"Suhakam is observing the progress of this investigation closely," it added.

Last July 7, Home Minister Tan Sri Muhyiddin Yassin said the six-member task force that was formed to probe the disappearance of the two could see the inclusion of an additional non-Malay member.

This is to replace former Bukit Aman Legal Division chief Mokhtar Mohd Noor, who had withdrawn from the task force following public criticisms.

Koh went missing in 2017 after he was abducted by a group of men in Petaling Jaya.

Amri, who was investigated for allegedly spreading Syiah teachings, went missing in 2016 after he left his home in Kangar, Perlis. 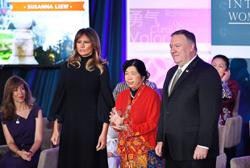