‘No money to buy over all highways’

PUTRAJAYA: The people will have to continue to pay toll when using expressways as the government is in no position to buy over all the concessions, says Prime Minister Tun Dr Mahathir Mohamad.

Admitting that the Pakatan Harapan manifesto promised toll-free roads, Dr Mahathir said Pakatan subsequently discovered that if toll was abolished, the government would have to buy over the highways.

“This costs billions, and we don’t have the money, ” he said when asked if the government had decided on proposals for tolled roads, including from Khazanah Nasional and Maju Holdings Sdn Bhd.

Dr Mahathir said that whoever took over a highway concession would have to bill the users.

“If the government does not allow companies to collect tolls, they will not be able to recover their investment. All highways need to be maintained, expanded, and all these incur costs, ” he said after a dialogue session with civil servants here yesterday.

The Prime Minister said even if the government managed to buy over the highways, it would have to spend a significant amount of money to maintain the roads, adding that no final decision has been made on this issue.

On Aug 20, Khazanah said it had submitted a proposal on tolled highways to the government, alongside several other proposals from various parties.

According to reports, the government has received a fresh proposal to take over 15 concessions, including those owned by PLUS Malaysia Bhd, for a total of RM43bil.

On Maju Holdings’ proposal to take over from PLUS, Dr Mahathir said the government was still looking into it but maintained that toll would continue to be charged if the takeover was successful.

“Without the toll, the company cannot get back their investment. Maju Holdings has given us its proposal, including bringing down the toll rates, ” he added.

On July 16, Works Minister Baru Bian confirmed that the ministry had received an official offer from Maju Holdings to take over PLUS.

At the press conference, the Prime Minister was also asked if he had changed his stance on controversial preacher Dr Zakir Naik.

“At this moment, there is no change, ” he responded.

Zakir has been heavily criticised for his racially charged statement. 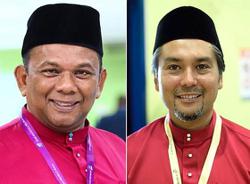