PETALING JAYA: A doctor is under investigation for allegedly sexually harassing a patient at his clinic in Bangsar, Kuala Lumpur.

The patient, journalist Tashny Sukumaran, 28, alleged that she was touched “inappropriately” by the dermatologist when she visited his clinic for an examination on Friday (Aug 16).

“I went for an examination on my shin.

“During the consultation, he touched my lower thigh and knee several times despite me telling him to stop doing so, ” she told The Star on Tuesday (Aug 20).

After she took to Twitter to recount her experience on social media, Tashny said she was approached by many people who claimed they had endured similar experiences with the same doctor.

“Some incidents took place as recent as a few weeks ago, ” she said.

She also lodged a police report at the Kuala Lumpur police headquarters on Saturday (Aug 17).

“Yes, we are investigating.

“So far, we have recorded statements from the relevant parties, ” he said when contacted on Tuesday (Aug 20).

Meanwhile the dermatologist, Dr Ruban Nathan, has spoken out against the allegation.

“The allegation is without corroboration and claims that a superficial skin examination of her shin to knee was somehow tantamount to sexual harassment.

“A trained nurse was in attendance during the entire five-minute consultation, ” he said in a statement.

Dr Ruban said he was looking at the possibility of initiating legal action against his accuser.

UPDATE: As at Sept 19, 2019, Bukit Aman’s D11 unit has classified the case as No Further Action (NFA), citing insufficient evidence. 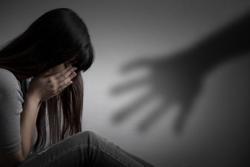