JOHOR BARU: A Grab driver was robbed by a group of masked men armed with parang while sitting in his car in a parking lot here.

“The victim was taking a break in his car at the parking lot when another car with three men on board stopped beside the victim’s vehicle.

“The suspects, who were wearing face masks and armed with parang, then approached the victim's car, ” he said in a statement.

He added that the victim was then told to hand over his valuables.

“They took away his wallet which contained cash and a few important documents as well as two handphones.

“A closed circuit television camera (CCTV) captured the incident, and we are currently looking for the suspects, ” he said, adding that the case was being investigated under Section 395/397 of the Penal Code for armed and gang robbery.

He also urged the public to call the Johor police hotline at 07-221 2999 or visit the nearest police station if they have any information about the incident.

A four-minute video clip of the incident is making rounds on social media. 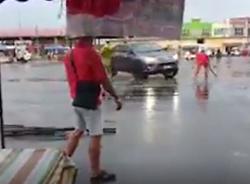 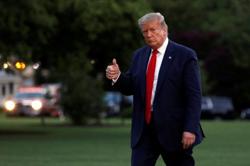