KUALA LUMPUR: The Edge Communications Sdn Bhd was awarded another half a million ringgit in exemplary damages, in addition to RM11.2mil in compensatory damages for loss of revenue, due to the three-month suspension of its two publications by the Home Ministry in 2015.

In his decision, Justice Nordin said The Edge Communications was a victim of a reckless, arbitrary and unconstitutional act of the ministry.

“The court took into account this exceptional circumstance to grant exemplary damages, ” he said.

But Justice Nordin did not allow the publication’s appeal for aggravated and constitutional damages on grounds that it was inappropriate to be awarded.

It also dismissed the government’s appeal against the RM11.2mil compensation to the publication with costs of RM15, 000.

He said the claims for compensatory damages was for the net cost of the company’s primary sources of revenue, which were from the sales of the affected publications.

“There was also evidence from the company’s financial controller and documentary evidence to prove that the computation for the total sum of RM11.2mil was correct and the assumptions made were reasonable, ” he said.

Justice Nordin said evidence had also shown that the publication of The Edge Weekly due in July 2015, and five other issues of The Edge Financial Daily, as well as the advertisements which had already been booked by clients, were cancelled.

“The method of computation of The Edge’s financial controller and the sum arrived at is supported by an expert report dated Dec 20, 2017, ” he said.

The respondents, said the judge, did not produce any evidence to challenge the method of calculation for the amount claimed.

On Dec 17 last year, the respondents in the appeal – the Home Minister and its secretary-general – were ordered to pay RM11, 260, 350 to The Edge Communications due to the 1Malaysia Development Bhd coverage.

In 2015, the Home Minister suspended the publishing permit of The Edge Weekly and The Edge Financial Daily for three months from July 27 that year. 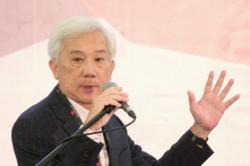 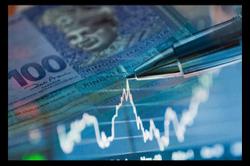